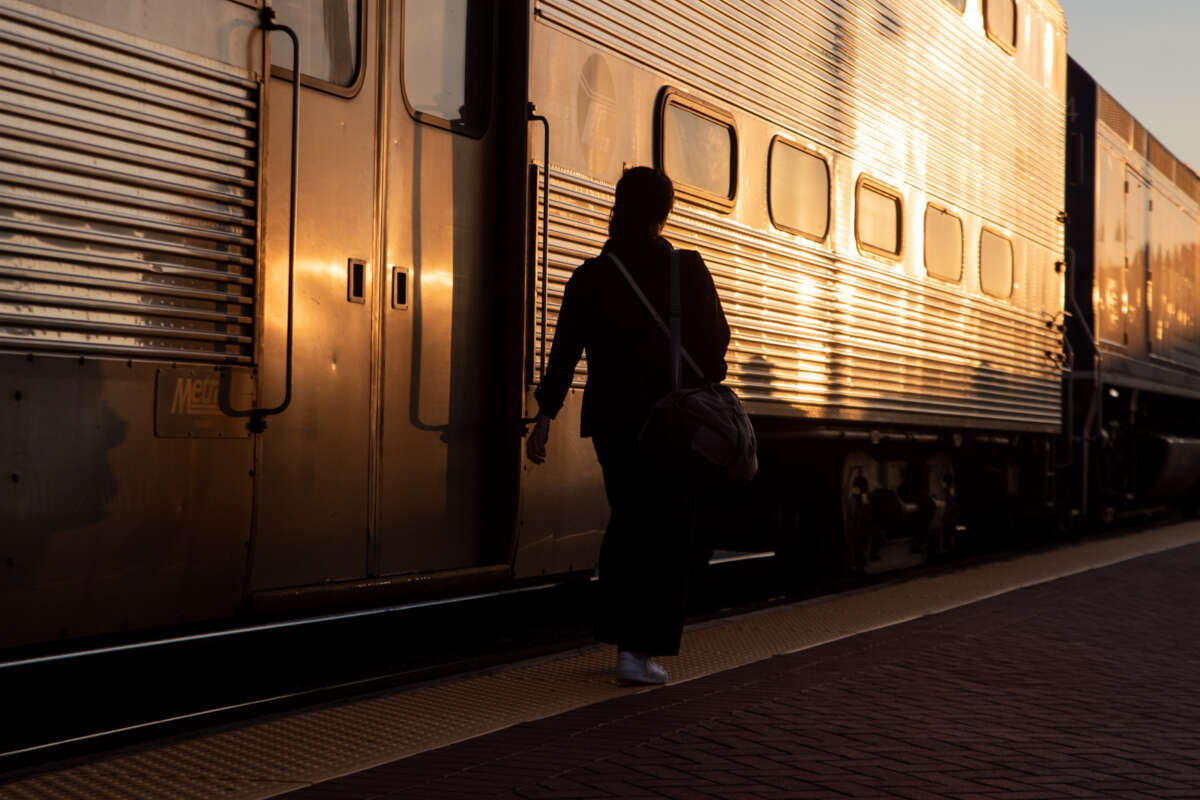 After more than a year of engagement, the RTA has released a draft regional transit strategic plan, Transit is the Answer, which the RTA Board of Directors will consider for adoption during their February 16 meeting. The plan illustrates how transit is the answer to some of the most urgent challenges facing our region. Chicagoland’s public transit system contributes to our region’s economic, social, and environmental health in ways and at a scale nothing else can.

Stakeholders and the public have been clear that transit is a valuable asset that needs to be preserved, improved, and expanded. However, the reality of transit systems nationwide is that they have been undervalued and underinvested as public funds have been channeled to roads, parking, and other infrastructure that supports autos more than transit. The transit system now faces the additional instability of a looming operating funding crisis as federal COVID-19 relief dollars are set to run out near the end of 2025. Investment must continue at even greater levels far into the future in order to make transit more modern, competitive, and reliable.

The Chicago region’s transit system is currently funded by a combination of regional sales tax, funding from the state of Illinois, and revenue generated by the system like fares paid by riders. Chicago’s transit systems continued to be a lifeline for hundreds of thousands of daily riders during the worst of the pandemic. While many continued to ride, many other people stopped riding transit or rode less frequently, which meant that fewer fares were collected, and the RTA system — like many transit agencies across the county — faced an immediate budget crisis.

The federal government, over two administrations of differing political parties, responded and recognized the need for and importance of continued transit operations relief funding in 2020 and 2021. In total, RTA received an allocation of $3.5 billion in federal relief funding to help offset fare revenue losses from declining ridership due to the pandemic. This relief funding combined with RTA sales tax and state funding buoyed the transit system through the darkest early months of the pandemic and continues to support it today. However, we estimate we will hit our fiscal cliff near the end of the 2025, when this federal relief funding is expected to run out.

What is the fiscal cliff?

Despite current and future plans to make immediate and more long-term changes to bring back riders, overall ridership isn’t expected to recover to 2019 levels for the foreseeable future. While significant ridership recovery has occurred, the impacts of the pandemic and permanent changes in remote and hybrid work are projected to result in lower levels of ridership for the remainder of the decade compared to 2019.

Beginning in 2026, the system could face a $730 million annual budget gap assuming current service levels are maintained regionwide. At nearly 20% of the annual expense budget, this gap, if unaddressed, would drastically impact current service and prohibit any additional improvements to the regional system.

How do other transit agencies compare?

Every major transit agency across the country has been held up by federal COVID-19 relief funding, and all are working to find solutions to fill their budget gaps before they hit their own fiscal cliffs.

Inaction, Service Cuts, and Fare Increases are Not Acceptable—or Sustainable

If no action is taken, the CTA, Metra, and Pace will be faced with difficult choices to cut service, raise fares, or both. Actions to dramatically cut operating costs could include instituting major lay-offs, route or line eliminations, service cuts, station closures, cancellation of capital improvement projects, and other drastic measures that will further damage our transit system and cause massive disruptions to the region’s economy, workforce, and communities.

Even that won’t be enough. It is impossible for RTA and the Service Boards to solve the funding crisis by raising fares alone, as fare increases of the magnitude needed to fill the budget gap—nearly doubling from what they are today—would drive down ridership and negate additional revenue brought in by higher fares. Even if ridership were assumed to be unaffected by fare increases (an assumption which is not supported by empirical evidence from studies on rider behavior), such large fare increases would be truly unprecedented and render the system unaffordable for many riders, particularly the most vulnerable users who have few other options.

Drastic fare increases would also cause people to find other travel options and drive down ridership even further, necessitating more fare increases or additional reductions in service, further decreasing ridership and eroding transit across the region to a point where the system would no longer be recognizable to an area resident today. Doubling of fares is simply unrealistic, as it would make the system one of the most expensive in the country, make transit less competitive with other modes, and cause dire consequences.

During the RTA’s strategic plan process, we asked people how the region should respond to a potential future budget deficit—by scaling back service or pursuing additional funding for transit. Survey respondents overwhelmingly indicated that RTA should pursue additional funding to maintain our robust transit system (87%) rather than cutting service (13%). These same sentiments were echoed in the hundreds of conversations we had with residents across the region and the dozens of stakeholder workshops we organized. These conversations and in-depth discussions underscored the fact that people want to maintain the system and see increased investment to make transit safer, more reliable, and accessible to everyone.

What can be done to fill the budget gap?

Knowing that a future funding crisis is looming, RTA and the Service Boards are working hard to avert these financial challenges and evolve toward a more sustainable funding structure. A Technical Working Group composed of staff from the RTA, Service Boards, and Chicago Metropolitan Agency for Planning (CMAP) was dedicated to this subject during the plan development process. The group identified and evaluated 27 federal, state, and local revenue policies to support the Chicago regional transit system. Each revenue policy was evaluated and scored based on several criteria, including annual revenue estimates, impacts of the funding source on historically disadvantaged groups, and the resources needed to establish the revenue source and collect revenue. The 11 highest-scoring funding solutions and estimated potential yields are highlighted in Transit is the Answer.

The findings of the analysis demonstrate that no single funding proposal would be able to generate sufficient revenue to avert the projected fiscal cliff of $730 million in 2026 for the existing transit system, let alone fund major improvements or expansions to the system that the public wants to see. The region will need to explore options in these areas and/or pursue several additional state and local funding mechanisms. To close the financial gap and support future improvements, the region may also need to pursue dedicated federal assistance for transit operations.

We Refuse to Let Transit Collapse On Our Watch

Our region is faced with a choice. We can choose to come together and find new, sustainable ways to fund transit and invest in our region’s future. Or we could face an alternate future where we fail to act—isolating many of our most vulnerable residents, jeopardizing our economy, putting our environment in peril, and worsening the inequities across our region.

The RTA along with the CTA, Metra, and Pace, and hundreds of stakeholders and partners, who worked together to develop Transit is the Answer, believe the goals and actions described in the plan can move us closer to a transit system that provides all residents of our region, from the most vulnerable to the most privileged, with safe, swift, and secure passage.

Critical to achieving this vision will be taking this opportunity—this moment—to forge a fundamental change in how we fund transit that is less reliant on fares and recognizes the extraordinary value—the inherent public good—that a well-funded and well managed transit system brings.

The RTA is committed to change, to acting where we can, to advocating tirelessly where we cannot act, and to holding ourselves and our partners accountable. We ask those who share our vision and passion to join us, to provide your wisdom and feedback, and to work with us in achieving the public transit system we know is possible.

Join the fight for a sustainable future for our transit system

Tagged in: Transit is the Answer | Fiscal cliff | Budget gap 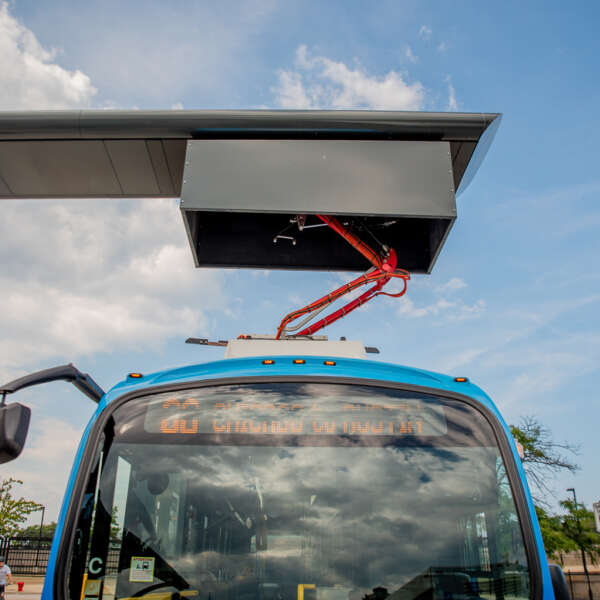 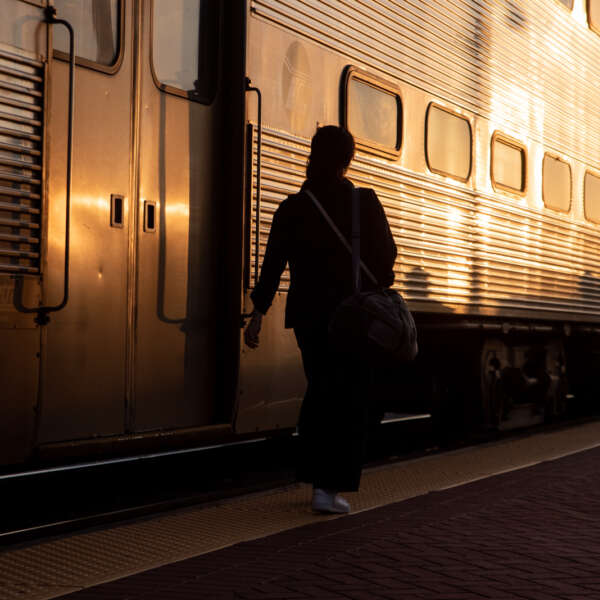