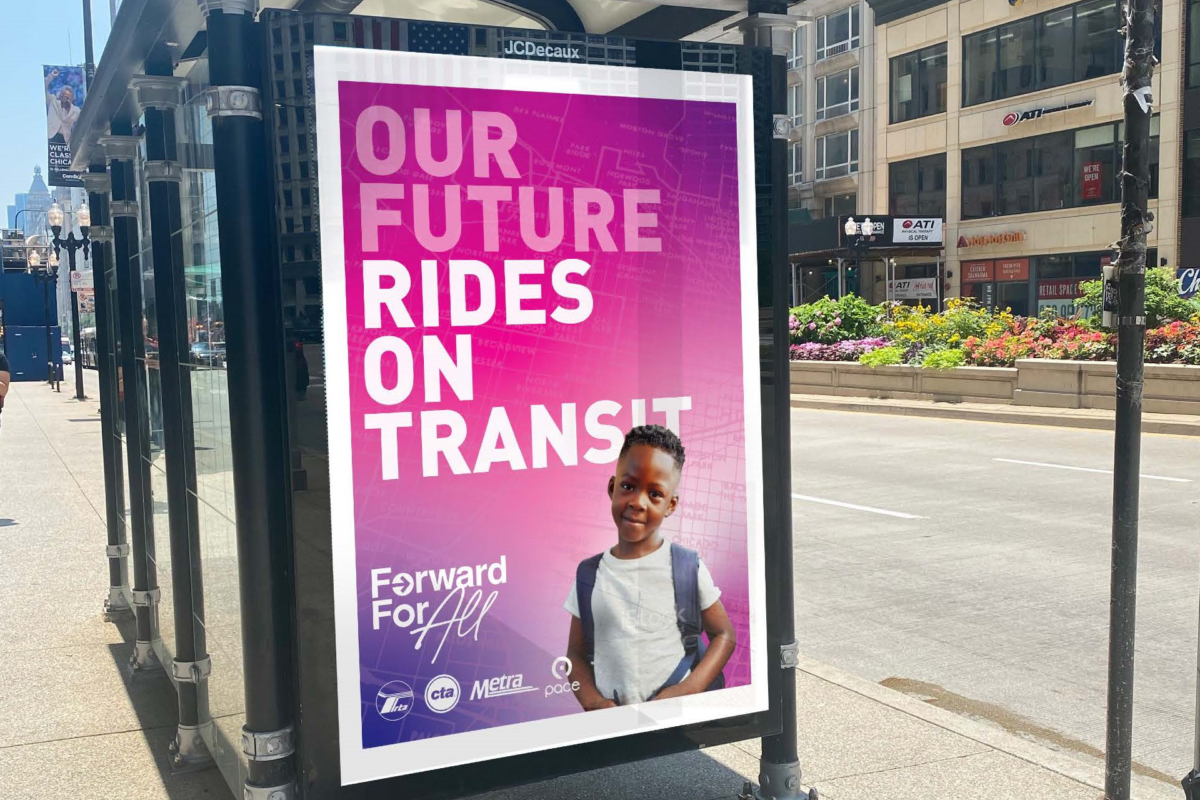 On April 3, the RTA launched the “Forward for All” campaign to show that transit is essential to the recovery and ongoing vibrancy of the Chicago region. In the face of COVID-19’s impact on transit ridership, this initial phase of “Forward for All” aims to strengthen trust and pride in the region’s transit system by building awareness of the economic, environmental, and quality of life benefits of public transportation.

Advocacy is an important factor in building and maintaining a transit system like the Chicago region’s, especially as COVID-19 continues to impact when and how people ride. Throughout the pandemic, transit has seen historic and sustained reductions in ridership, forcing agencies the world over to rethink their systems to meet riders’ changing needs. But some things have remained constant and true: transit impacts the economy, the environment, and quality of life in ways and at a scale nothing else can.

On the economic development front, an estimated 85% of regional commercial construction in 2017 was built within one-half mile of a transit station. Indeed, 60% of all new jobs added to our regional economy between 2005 and 2015 were located along high-quality public transit (Invest in Transit, 2018).

Finally, on contributing to affordability, the average American household spends 16 cents of every dollar on transportation, and 93% of that goes to buying, maintaining, and operating cars, the largest expenditure after housing (American Public Transportation Association). Cars are prohibitively expensive for so many. Transit offers the most affordable and safest way to move around our region, connecting people to opportunity.

Reminding ourselves, our peers, and our elected officials of the importance of public transportation is the first step in moving the region’s transit system Forward for All. Join the RTA, CTA, Metra, and Pace in advocating for transit by learning more at www.RTAChicago.org/ForwardForAll and sharing your favorite transit fact on social media using this toolkit.

Future phases of “Forward for All” will address challenges to the system and build support for comprehensive solutions stemming from the Regional Transit Strategic Plan currently in development by the RTA, CTA, Pace, and Metra and slated for adoption in early 2023.