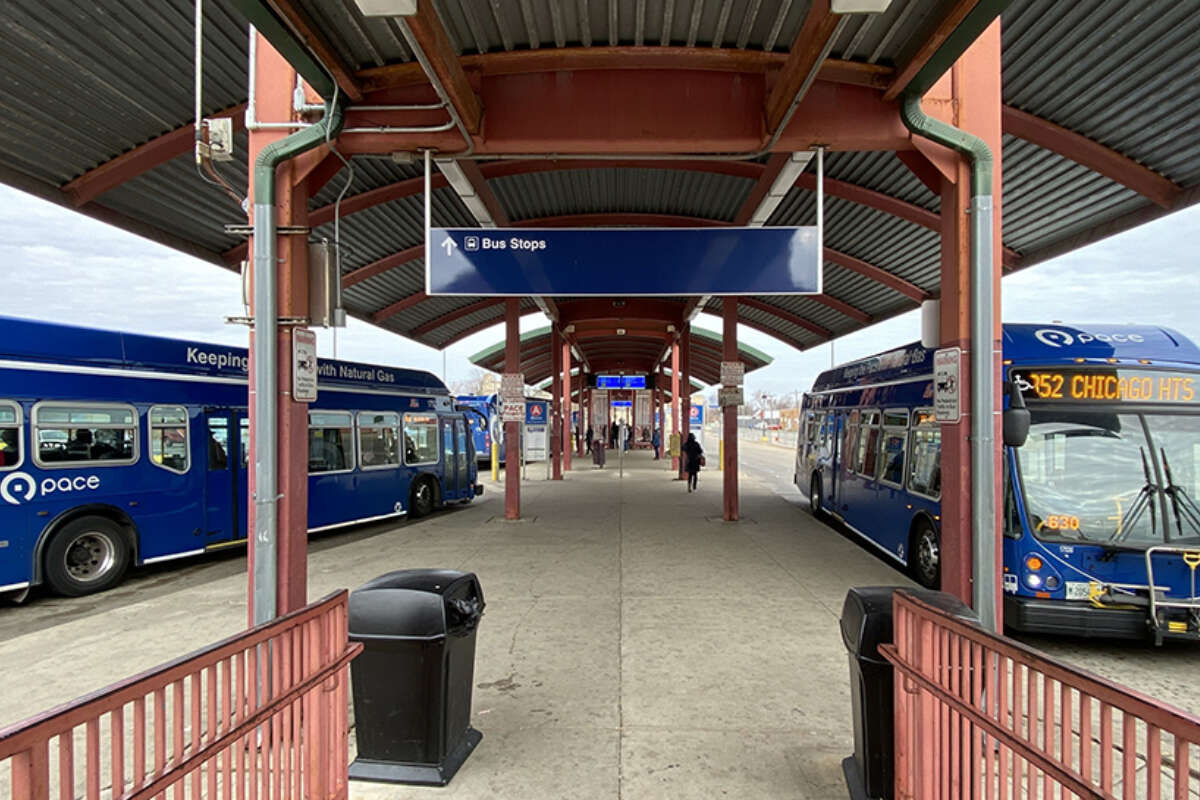 Approximately $250 million in federal capital funding, largely from the Infrastructure Investment and Jobs Act (IIJA), has recently been added to the RTA capital program for a total of $4.4 billion in capital funds available through 2026. While these funds represent just a small percentage of the IIJA funds that will be available to our region’s transit system in coming years, they will allow for needed progress on regional priorities now. The RTA and the service boards—CTA, Metra, and Pace—have prepared for this influx of funds through previous planning efforts and have already begun to spend on identified priority projects that will make the region’s transit safer, more accessible, and more efficient.

Good planning allows the RTA and the Service Boards to quickly program capital funds when they become available. For example, as of this summer, all $2.6 billion in Rebuild Illinois bond funds, included in the statewide capital bill of the same name passed in 2019, has been programmed and granted, and spending is about to ramp up. However, the need for ongoing maintenance in our region is great and without a sustainable funding mechanism, there will be a need for new capital funding in the next five to seven years.

Some of the projects receiving additional funding are described below. Current projects can be explored in more detail on the RTA Capital Projects Dashboard.

The CTA’s five-year capital program has increased by $153 million to a total of $2.5 billion. These additional funds will improve accessibility, enable electrification efforts, and more.

The CTA’s All Stations Accessibility Program (ASAP) Strategic Plan was released in 2018 and laid out a timeline to making the entire CTA system fully accessible, including repairs and replacement of over 150 existing rail station elevators at over 80 stations, as well as construction to make the 42 currently inaccessible stations accessible.

Capital funds have been programmed for elevator replacement throughout the system, and the CTA will install two new elevators for both the California and Montrose Blue Line stations, as well as make other upgrades to those stations’ platforms, canopies, and stairways. The agency will also rehabilitate the Austin Green Line station on the West Side of Chicago to include construction of a new elevator, entrance reconfiguration, and other station upgrades.

In addition to making the Austin Green Line station accessible, the CTA will use capital funds for improvements throughout the Green Line, which runs along the West and South sides of the city. The Green Line Improvements Project will largely focus on track replacement and structural repairs. The project replaces key structural elements that are currently deficient due to age and deterioration. These elements must be kept in a good state of repair in order to maintain safe and reliable service and minimize slow zones on CTA's infrastructure.

Also on the West Side of the city, the Forest Park branch of the Blue Line will be improved using capital funds. The CTA's Forest Park Blue Line Upgrades Project will provide for new trackwork from Halsted to the Illinois Medical District, an accessible station at Racine, advanced utility work, and a new substation and traction power equipment upgrades at Hermitage. This work will enhance service quality via speed, reliability, and comfort, and improve operational efficiency.

Metra’s five-year capital program has increased by $76 million to a total of $1.6 billion. These additional funds will go toward station improvements and the purchase of zero-emission trainsets.

Metra is using capital funds for a variety of projects, including improvements at many stations across multiple lines, with equity as a guiding principle. Station improvements can include the replacement and/or rehabilitation of station platforms, new lighting, gatehouse/head house rehabilitation, replacement of leaking roofs, installation of new warming shelters, new platform amenities, wayfinding signage, and other related work.

Upcoming station improvement projects along the Metra Electric District Line through the South Side of Chicago and south suburbs include:

The South Side will also see investment via the Rock Island line: A new Auburn Park Metra station will be built in the Auburn Gresham neighborhood, featuring a platform-length canopy and heated headhouse with two elevators. The station will include a center boarding platform with a staircase down to a street-level entrance tunnel, a landscaped plaza with benches, canopy, bicycle parking, and a vendor space that Metra will lease. A parking lot will include 79 parking stalls, five ADA parking spaces, and a passenger drop-off lane. The new station will be fully ADA accessible.

This multi-year, multi-phase project will acquire battery-electric trainsets, making Metra the first passenger rail transit agency to purchase and operate self-propelled trainsets that will not require the construction and maintenance of wayside power. The new locomotives will significantly reduce the agency’s greenhouse gas footprint and improve regional air quality.

Pace’s five-year capital program has increased by $18 million to a total of $308 million. These additional funds will go toward station improvements, electrification, and garage construction.

In addition to the Metra station improvements mentioned above, Pace will use capital funds to move the Harvey Transportation Center and combine it with the Metra station. Improvements to the transportation center include pavement, lighting, platforms, shelters, restrooms, structures, and systems. These improvements are needed to support the implementation of rapid transit service on the Pulse Halsted and 159th Street lines in addition to the Tri-State Express Bus service. Combining the transportation center and Metra station will create efficiencies of a multimodal passenger facility. The City of Harvey recently adopted a transit-oriented development plan, developed with the RTA’s Community Planning Program and in partnership with the Chicago Metropolitan Agency for Planning (CMAP), to revitalize the area surrounding this transit hub.

Pace has purchased a 23-acre site in Wheeling with an existing 430,000-square foot building to replace its existing Northwest Division, which is overcrowded and functionally obsolete. Pace plans to convert the existing building in Wheeling into a compressed natural gas bus garage and improve adjacent roads. Improvements support the implementation of Pace rapid transit service on the Pulse Milwaukee and Dempster lines.

Pace continues to focus on one of their priority projects, charging infrastructure for electrification of their system. This includes North Division Garage improvements that will focus on preparing the garage to offer electric bus service in the coming years. Pace has already budgeted 2022 federal funds to purchase six fixed route electric buses that will operate out of the North Division Garage in Waukegan.

Pace is in the process of purchasing a 2.7-acre property adjacent to River Division, located in Elgin. Expanding the garage would support the agency’s new I-90 Express service and consolidate buses currently using space in East Dundee, eliminating significant leasing costs. It will be designed to accommodate storage, servicing, maintenance, and associated program areas for an additional 75 buses, 26 paratransit, and 6 nonrevenue vehicles in addition to other improvements to modernize the existing facility. Additionally, for this project, Pace is undertaking an electrification study that will inform the design changes needed to make this facility compatible with an electric bus fleet.