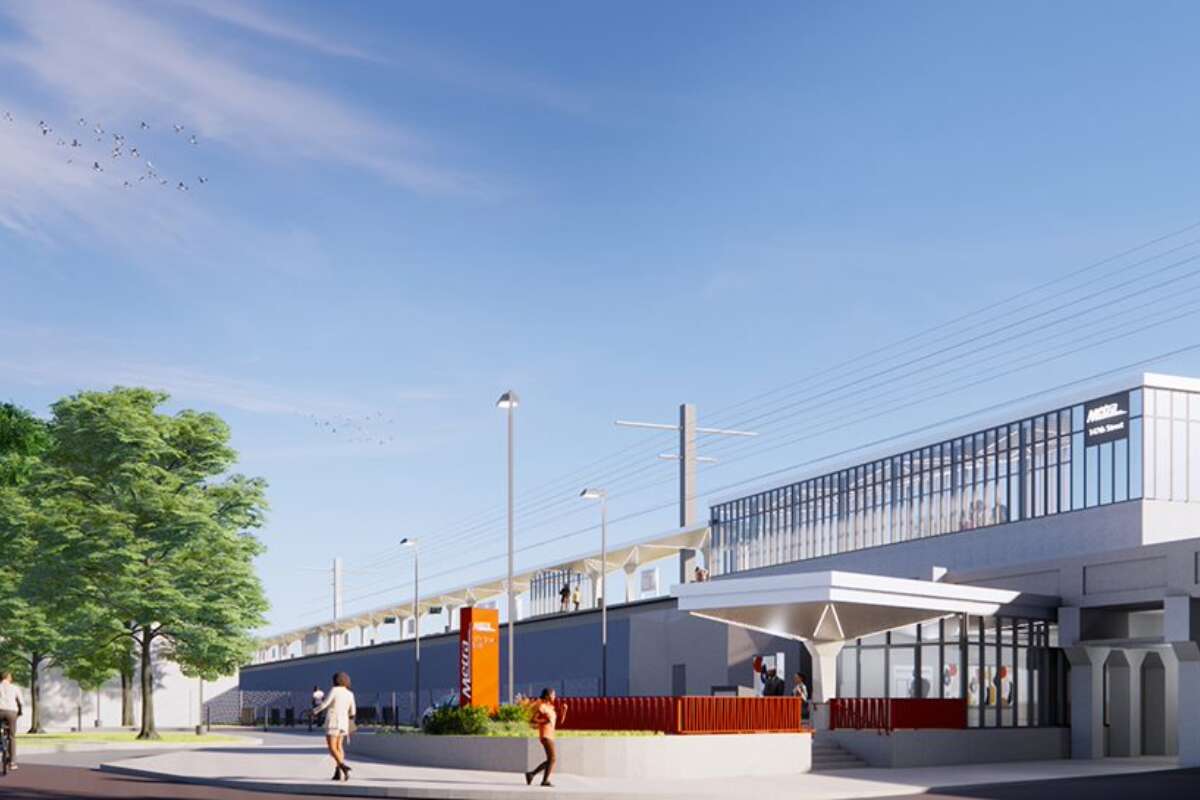 The Harvey TOD Plan was presented to the city council in March 2022 and completed with support from the RTA Community Planning program, which offers technical assistance and funding to local governments to address local planning needs where public transportation and land use intersect to connect people to the regional transit system.

The plan aims to build on Downtown Harvey’s role as a civic and public transit hub, generating over 3,400 bus and commuter rail trips a day from the Harvey Metra Station and adjacent Pace Bus transportation center – both of which are about to see significant investment. 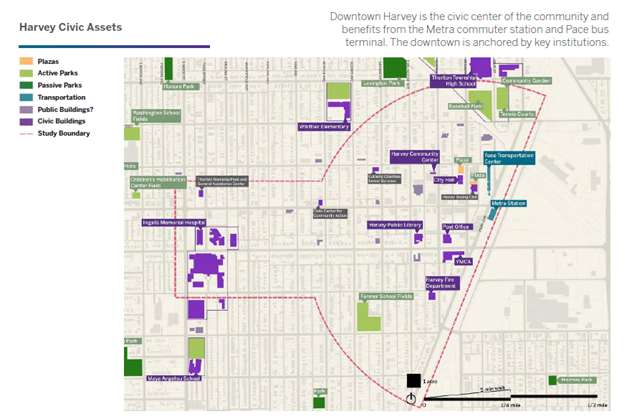 Development around transit hubs, commonly referred to as TOD, can support economic development and allow communities to harness the potential of these hubs for commerce and activity, creating sustainable investment opportunities and multi-use social spaces that residents and visitors can benefit from. By promoting transit access, the residential population and a concentration of commuters and transit users support and attract retail and community services, creating opportunities for density and improved accessibility, a tenet of TOD. Fostering walkability and access to needed services improves quality of life for residents across ages and ability levels.

For example, TOD often reduces the need for parking as it supports alternative forms of transportation over the automobile, allowing land formerly used for parking to be better utilized for higher density uses such as housing or retail. It also supports high-quality streets, sidewalks, and bike routes that extend the value of transit and foster small businesses, local identity, and retail options.

Further, by pursuing TOD planning, the city can start building density and implementing strategies to reverse the population loss southern Cook County, including Harvey, has experienced. By increasing allowed density, the city can proactively plan to cluster the development of new housing and transit with walkability and connectivity in mind, which provides residents with more options on how they choose to live, work, and play. Specifically, transit access to jobs anchors residential communities and allows for new residents to be connected to the greater region and for older residents to age in place.

Harvey has been home to several investments near transit in recent years that will contribute to the community. For example, POAH Chicago (Preservation of Affordable Housing), a national non-profit housing developer, purchased a former YMCA building in downtown Harvey and is working on a multimillion-dollar renovation. A new, high-tech library opened in 2017 and the City of Harvey recently approved the zoning for the Harvey Loft’s residential building adjacent to City Hall, adding 51 new affordable housing units -- which would be the first new residential investment in the city in over a decade.

In terms of transit investment, Harvey is a south suburban hub. The Pace Transportation Center serves ten bus routes and pre-COVID approximately 2,900 Pace bus trips traveled to, from, and around the TOD Study Area per day. The Harvey Metra Station sees about 500 train riders per day. Starting in April 2022, Pace and Metra have plans to transform the existing bus-focused Harvey Transportation Center and the Metra Station into a unified intermodal station. The total project includes $20 million in improvements that range from better lighting, clear walkways, and street crossings that connect Pace and Metra facilities, and a landscape that supports multimodal travel. Read more in a press release. 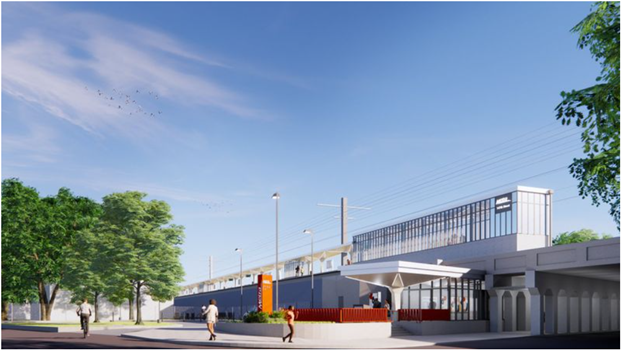 The Pace Pulse Program is also currently working to improve bus service along key corridors, including the Halsted Line. Improvements to bus service between the Harvey Transportation Center and 79th Street in Chicago are planned, including faster service with limited stops, new buses and shelters, real-time bus tracker information, and enhanced ADA-accessible bus platforms. Pace is also partnering with CTA to optimize bus service on the South Halsted Street Corridor, which will span from the CTA Red Line station at 79th Street to the Harvey Transportation Center. The project, called Pulse Halsted Line, will positively impact the 13,000 transit customers who use the corridor daily with improvements such as updated bus stations, dedicated-only bus lanes, and traffic signal optimization at key intersections.

TOD also encourages active transportation such as walking, biking, scooting, or rolling. The traditional, grid-like orientation of downtown Harvey allows for a navigable network for those on foot, bike, wheelchair, or other self-propelled modes of transportation. However, there are portions of the pedestrian network that are missing continuous sidewalks such as the south side of 151st Street, between Broadway Avenue and Main Street, and intermittent gaps along both sides of Park Avenue north and south of the Harvey Metra Station. The Harvey TOD plan recommends the city leverage recent and pending investments to address long-standing issues around pedestrian safety, access, and connectivity downtown and across the entire community. 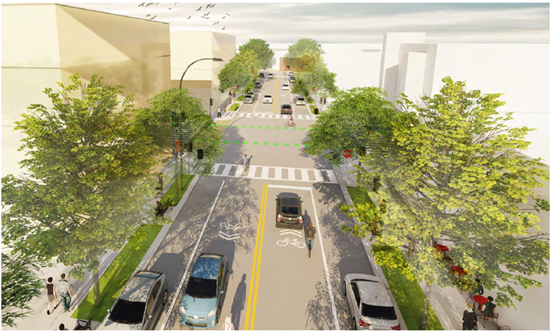 In its efforts to become a more walkable and transit-focused community, the Harvey TOD plan draws attention to street improvements to complement the remodeled and reconstructed Metra station in late summer 2023, and imminent projects like the Harvey Lofts residential building. To maximize the value of the new Harvey Transportation Center, Harvey can begin community revival by placing private and public amenities where they can be accessed by transit users in the downtown area.

The reinvigoration of Harvey envisioned by the TOD Plan was driven by community input and stakeholder engagement. Through a series of steering group sessions, in-person public meetings and publicly accessible webinars, residents and stakeholders said they wanted to see downtown Harvey as a destination, with multiple activities for residents and visitors, revalue and renovate the existing assets, including streets, sidewalks and public spaces, and become more connected to the greater region.

All completed projects from the RTA Community Planning program can be found on RTAMS, the Regional Transportation Authority Mapping and Statistics website.