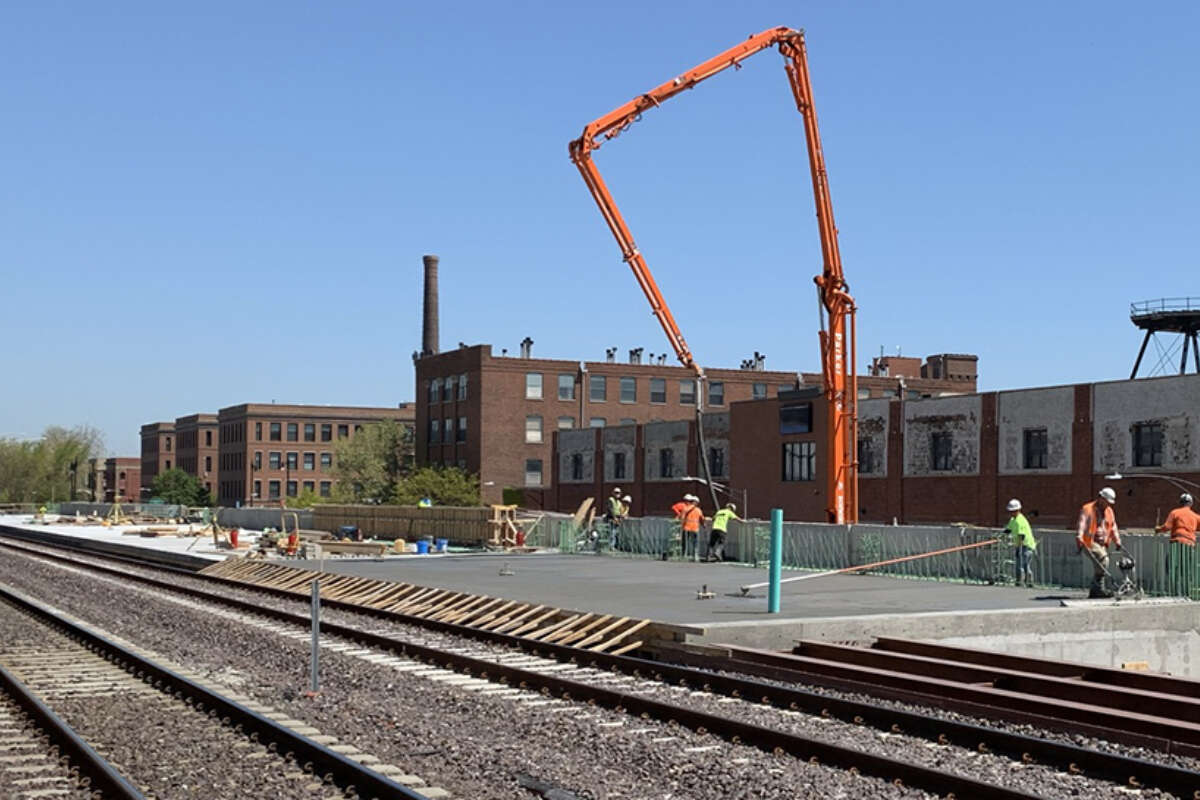 Although the COVID-19 pandemic has created funding challenges for transit operations, CTA, Metra, and Pace have continued to implement major capital projects that invest in the region’s public transportation network. To ensure projects under each agency are delivered on time and on budget, the RTA provides Project Management Oversight (PMO) on all state-funded transit projects regardless of budget size, and all other projects with budget of $10 million or more regardless of funding source for the Chicago region’s transit system.

The RTA’s PMO work includes collaborating with CTA, Metra, and Pace, attending project meetings, conducting site visits, and reporting regularly to the Illinois Department of Transportation and the RTA Board of Directors. The PMO staff publishes biannual reports, the latest of which was completed in June 2021 and details the status of ongoing and recently completed projects.

The PMO process supports implementation of Invest in Transit, the 2018-2023 regional transit strategic plan, by ensuring that the RTA, CTA, Metra, and Pace are delivering value on investments and efficiently spending capital funds to maintain and improve the region’s transit system.

The June 2021 PMO analysis shows how Rebuild Illinois, the state capital bill passed in 2019, is already being spent to invest in the region’s transit system. It also includes details on 45 active projects with more than $1.3 billion in state funding, mostly due to Rebuild Illinois.

RTA analysis found that all the state-funded projects are on budget and 42 of the 45 projects are on schedule. Many projects that will use Rebuild Illinois funding are still in the planning phases and have not yet entered the PMO process but will likely appear in future reports.

Projects highlighted in the June 2021 PMO report include: 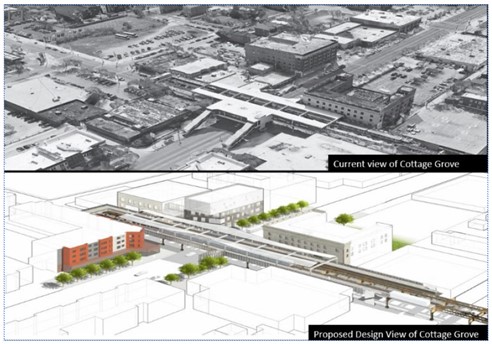 CTA has partnered with Preservation of Affordable Housing (POAH) to bring a transit-oriented development (TOD) project to the southeast corner of 63rd Street and Cottage Grove Avenue. Along with a new multiuse office/retail space, a new Cottage Grove station house will replace and relocate the current one. The contemporary design will add a pedestrian bridge and canopy to connect the original platform and related rail infrastructure to POAH’s Woodlawn Crossing building. Likewise, new station enhancements will boost the safety and aesthetics of the station alongside the operational safety by bringing the infrastructure into a state of good repair (SGR).

This project will also prioritize reinvestment on Chicago’s South Side and stimulate economic development opportunities in an area that has traditionally been slow to attract new investment. 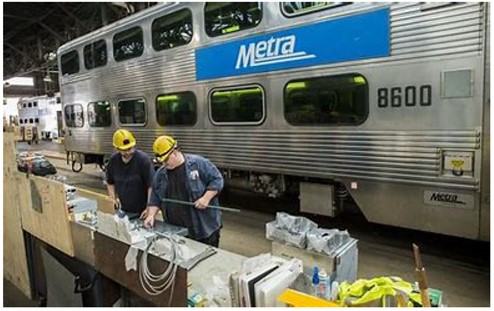 Positive Train Control (PTC) is a federally mandated safety system that will automatically stop a train if the engineer fails to obey a signal or exceeds the speed limit, preventing train-to-train collisions, unauthorized entry into work zones, and derailments due to speeding or moving through misaligned track switches. The system integrates GPS; trackside sensors and communications units; onboard computers; and Metra’s centralized train dispatching system. Together, these components track trains, convey operating instructions, and monitor the crew’s operation of the train.

As of December 2020, all Metra lines have achieved federal PTC system certification, though the system will require $20 million in annual ongoing maintenance and operations costs. 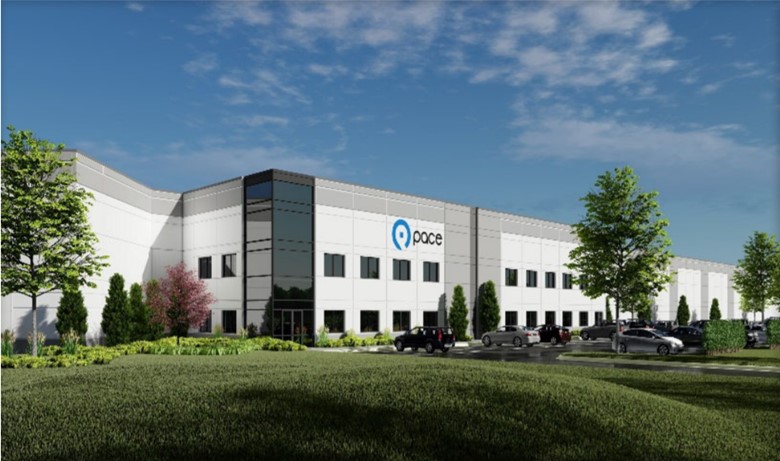 Pace is using Rebuild Illinois funds to build two new garages in Wheeling and Plainfield that will support bus maintenance and storage needs, as well as support future service expansion.

The Plainfield bus garage replaces a facility built in 1926 and will support the agency’s expanded I-55 Bus-on-Shoulder service. It will allow for further expansion of service on the I‐55 corridor, reduce deadhead times, and alleviate overcrowding at Heritage.

The Wheeling bus garage replaces a facility built in Des Plaines in 1962 that is overcrowded and beyond its useful life. The 23-acre site will be equipped with a Compressed Natural Gas (CNG) vehicle fueling station designed to supply an all-CNG bus fleet. The new facility will be a full service, fully furnished and equipped, heavy duty bus repair, maintenance, and storage garage that will support the implementation of Rapid Transit service on the Pulse Milwaukee and Dempster Lines.

Although this has been a difficult time for public transit due to operating funding shortfalls related to COVID‐19, the transit agencies are committed to continuing with the implementation of their capital programs and building strong foundations for the future.

The RTA will continue to monitor these projects with transparency and accountability while planning for a future with adequate, accessible, and equitable public transportation for the six counties of Northeastern Illinois.

Search for data and find more information about transit projects and studies happening in the Chicago region on RTAMS (Regional Transportation Authority Mapping and Statistics) at https://www.rtams.org/transit-projects-and-studies.