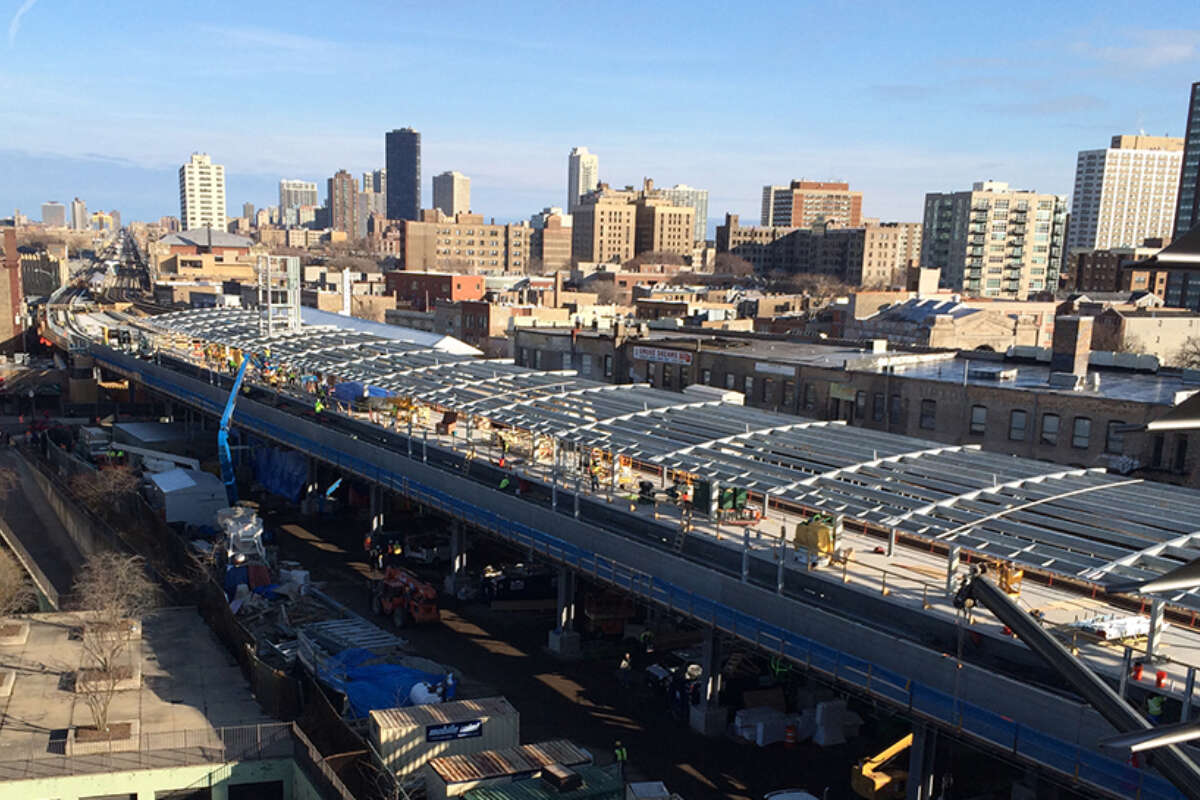 Ensuring that capital funding for the Chicago region’s transit system is spent wisely is a core function of the RTA.

The agency is continually working to improve transparency and accountability in how the limited available dollars are used, including developing a new Capital Allocation Structure, which was presented to the RTA board at its June 2021 meeting.

Each year, the RTA allocates capital funding from state and federal sources to CTA, Metra, and Pace for a five-year period so each agency can plan and carry out a program of projects. The current 2021-2025 capital program totals $6.351 billion.

Replacing a historic percentage-based allocation structure, the new method implements best practices of performance-based programming  and is a direct implementation of Invest in Transit, the 2018-2023 Regional Transit Strategic Plan for Chicago and Northeastern Illinois. Invest in Transit set forth the region's goals as well as policy and project priorities and was adopted following a two-year long process involving coordination and ongoing dialog with the region's government and civic stakeholders.

Three key aspects of the new Capital Allocation Structure include:

The new structure, described in this blog post, can be found in greater detail in a memo and presentation. From June 17 to July 1, 2021, the RTA is accepting public comments on these materials via email to communications@rtachicago.org. The RTA Board will consider the Capital Allocation Structure for adoption when it meets on July 15, 2021, and, if approved, it will be used in the upcoming budget process to allocate funding for 2025 and 2026.

Why the Chicago region needs a new Capital Allocation Structure

After decades of underfunding and with a nearly $20 billion backlog of transit capital needs, the region requires a transparent, equitable, and data-driven process for allocating funds that is informed by long-range planning, policy priorities, and performance metrics to accomplish regional goals.

The passage of Rebuild Illinois in June 2019 was a significant step forward. As the first State of Illinois capital bill in more than a decade and the largest in Illinois history, Rebuild Illinois put CTA, Metra, and Pace on a path toward sustainable improvement. While the funding contained in the bill represents significant progress, it still falls well short of the region’s projected transit capital needs over the next decade, and without additional long-term funding solutions, a significant share of that need remains unaddressed.

To ensure effective stewardship of Rebuild Illinois funds, in December 2019, the RTA Board commissioned a working group of RTA and Service Board staff to develop more rigorous communications and reporting around the capital program. In July 2020, the RTA published the Draft Framework for Transit Capital Investments to improve transparency in how public transit projects are chosen and funded in Northeastern Illinois. The framework document demonstrated that transit capital programming does not occur in a vacuum but is part of several larger processes that consider a variety of metrics and provide several opportunities for public engagement. Despite not being adopted by the RTA Board, the framework was one step on a long-term journey toward increasing emphasis on performance-based programming and many of its ideas were integrated into the regional transit 2021 budget process.

That work continued in 2021 at the RTA Board’s direction, leading to the new performance-based Capital Allocation Structure, presented in June, which considers each agency’s overall need supported by data, efficiency of spending, and policy priorities that implement regional goals.

Allocating capital dollars based on proportion of regional need

The RTA tracks the condition of capital assets within the region’s transit system. Most recently published in the Capital Asset Condition Assessment, this analysis found that the region needs $2.58 billion in annual investment to reach a State of Good Repair in 20 years. The report highlights each agency’s proportion of this regional need: 59.7% for CTA, 32.8% for Metra, and 7.5% for Pace.

The region does not have enough funding to meet those annual needs, but using this proportional distribution based on need is a fair allocation method tied to data. If this Allocation Structure is adopted by the RTA Board in July, the use of capital need as the main basis for allocations will be used to distribute capital funds for 2025 and 2026.

Making good use of dollars currently available is one step in arguing for future infrastructure investments that will help the Northeastern Illinois’ transit system reach its goals. To incentivize timely and efficient spending, the new Allocation Structure puts targets based on performance on half of total expenditures.

If targets – based on the average age of funds and the percent of available funds spent in a current year – are not met, the RTA would reduce an individual transit agency’s allocation for the year. Failing to meet these performance targets may indicate that the agency is not ready to spend the funds available and those dollars may be better held in a regional discretionary fund.  Any incremental loss of funds would be assessed based on how far off target the agency is, though guardrails will be put in place to ensure an agency doesn’t lose more than 20 percent of its total funding because of these metrics.

COVID-19 has shone a light on transit’s essential role for basic mobility. Over the last year, the pandemic brought unprecedented challenges for transit operations in the Chicago region, including dramatic losses in ridership, farebox revenue, and sales tax receipts. Throughout the pandemic, CTA, Metra, and Pace workers were heroes moving heroes as they continued to provide more than 500,000 rides per day for essential workers and the most truly transit dependent, demonstrating transit’s critical value to our regional economy and quality of life.

The pandemic also highlighted longstanding inequities in the region. Riders who were most reliant on public transit during the pandemic were those who often did not have the choice to stay home, such as workers with essential and in-person jobs, with lower incomes, or who identified as Black — all populations hardest hit by the pandemic’s health and economic impacts.

“Achieve Full Accessibility” and “Improve Equity” are two of four Invest in Transit core requirements that the region’s transit agencies have committed to address through capital projects, but an RTA analysis during the 2021-2025 budget process found that those two requirements received the lowest amount of funding by CTA, Metra and Pace. Under the new Capital Allocation Structure, annually CTA, Metra, and Pace will be required to program a minimum of 20% of the funds towards projects that meet either the Achieve Full Accessibility or Improve Equity core requirement.

This RTA’s new Capital Allocation Structure comes as the transit system is moving into Step 3 of its COVID Recovery Strategy, which will include development of a new five-year regional strategic plan with an outlook of 2023 and beyond. This effort provides an opportunity for wide engagement on new and updated policies and goals that will ultimately result in a new plan to replace Invest in Transit.

The Capital Allocation Structure highlighted in this blog sets the regional transit system up for a future in which capital funding can be performance-based and data-driven, yet also flexible and responsive to these regional goals and priorities.