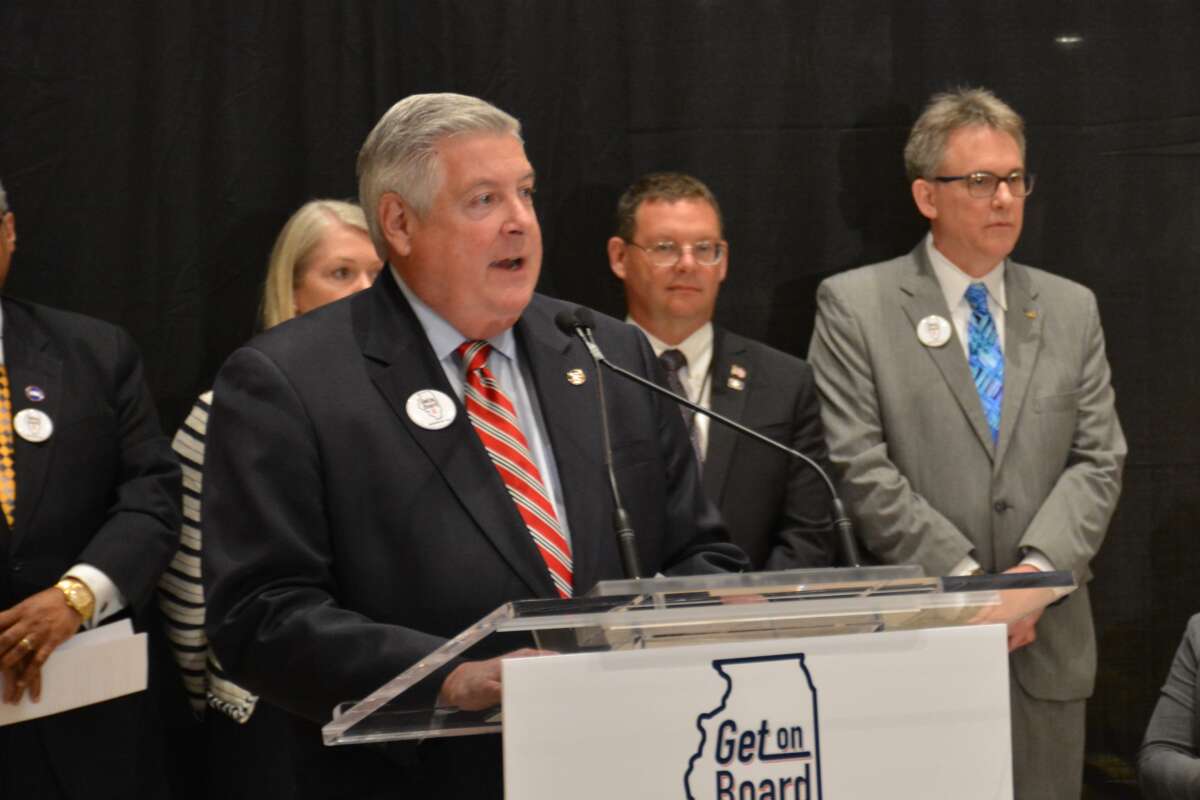 Today the RTA Board of Directors approved RTA Chairman Kirk Dillard to lead the board’s 15 members for a second five year term. He has served as the chairman of the RTA Board of Directors since June of 2014.  Chairman Dillard and the Board oversee the nation’s second-largest public transportation system, which serves more than eight million residents in Cook, DuPage, Kane, Lake, McHenry and Will counties.

The RTA is charged with regional financial oversight, funding, and transit planning for CTA, Metra and Pace Suburban Bus and ADA Paratransit. The RTA manages a regional transit operating budget of approximately $3 billion with assets of about $160 billion and a $4.3 billion five-year capital program. During Dillard’s first term, the RTA created Invest in Transit, the most recent regional transit strategic plan covering 2018-2023.


“Chairman Dillard is a tireless advocate for public transit and has lead our board with determination and wisdom. These past five years have been some of the most challenging we have faced in public transit funding. Chairman Dillard’s experience as a state senator and understanding of the state’s legislative process is invaluable and is an enormous asset to the regional transit agencies and riders.”

Director Sarah Pang, a City of Chicago representative on the RTA Board

“Relations between the City of Chicago and the suburbs, as well as the RTA and the transit agencies, have flourished under Chairman Dillard’s leadership. The collaborative nature of the Board’s work, while not minimizing any of its important oversight powers, is critical to the continued success of our regional transit system.”

Director J.D. Ross, the Will County representative on the RTA Board

Chairman Dillard is a lifelong resident of the region and has been a rider of public transportation for more than 50 years, riding CTA buses and trains since early childhood, and now is a regular rider of Metra. He is a staunch advocate for transit funding throughout the region, appearing on countless media outlets and speaking at many regional events. He is a recipient the American Public Transportation Association’s ‘Best of the Best’ award for his leadership of Chicagoland’s mass transit system.

Chairman Dillard served as a Republican senator from Chicago's western suburbs in the Illinois State Senate for nearly 20 years. Prior to serving as senator, he served with distinction as Chief of Staff to former Governor Jim Edgar and as Legislative Director to former Governor James Thompson. He is currently a partner at Locke Lord LLP, one of Chicago’s oldest and largest law firms. Chairman Dillard can be followed on Twitter @KDillardRTA.

About the RTA Board of Directors

The RTA Board of Directors is a 16-member group of professionals governing the activities and initiatives of the RTA. To assure regional representation, 15 directors are appointed from within the six-county region: five by the Mayor of the City of Chicago; four by the suburban members of the Cook County Board; one by the President of the Cook County Board; and five by the Chairman of each collar county, with one representative each from DuPage, Kane, Lake, McHenry, and Will. The Chairman of the RTA Board, its 16th member, is elected by at least 11 of the 15 appointed members, with at least 2 affirmative votes from the directors who reside in the counties of DuPage, Lake, Will, Kane, or McHenry.