Here at the RTA, we’ve had some fun with April Fools in previous years. As much as we would like to keep the tradition going, this year we are taking a more serious tone. It has been over a decade since the State of Illinois has passed a bill that would help fund projects that improve transit stations, buses and trains.

Years of inadequate funding have resulted in transit service that is slower, more crowded, and prone to breakdowns, all of which negatively impact riders and our economy. Riders often ask us what they can do to express their concerns and support for better transit funding.

Our answer: “Get on Board.”

To coincide with the American Public Transportation Association’s “Get on Board Day,” the RTA created GetOnBoardIL.org so riders can have their voices heard.  You can easily contact State Representatives and Senators to urge their support for a capital bill that should specifically address years of chronic under-investment in public transit.  We also encourage you to use the hashtags #InvestInTransit and #GetOnBoardIL on your social media platforms. 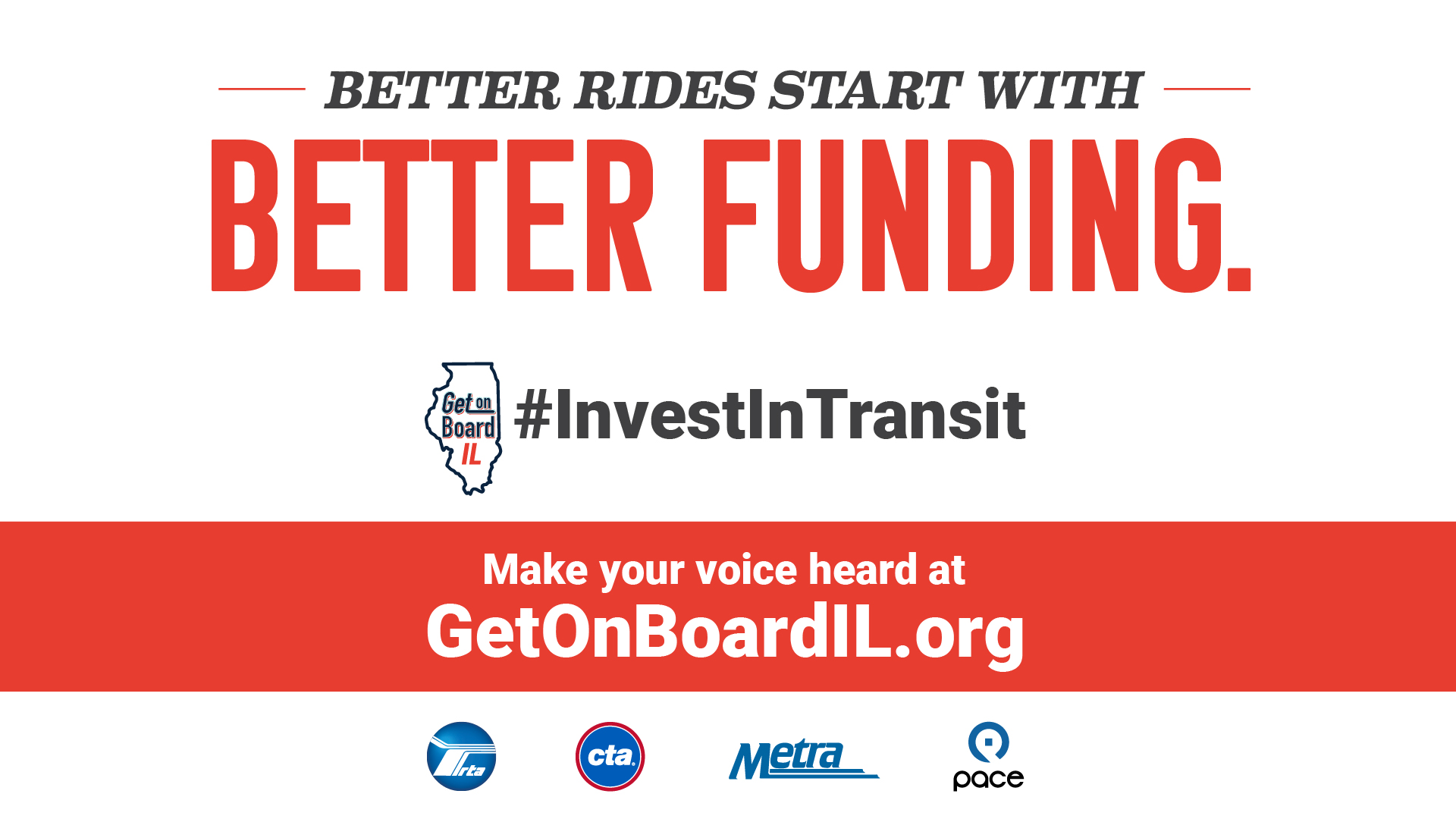 The effort includes advertisements on billboards, at transit locations and on vehicles, and online.[/caption]

On April 25th, the RTA, CTA, Metra, Pace and Amtrak are proud to join with other mass transit districts across Illinois for a Get on Board Day at Chicago’s Union Station.  This event will bring transportation agencies and advocates from across the state together to emphasize the need for adequate, consistent, long-term funding of Illinois public transit systems.