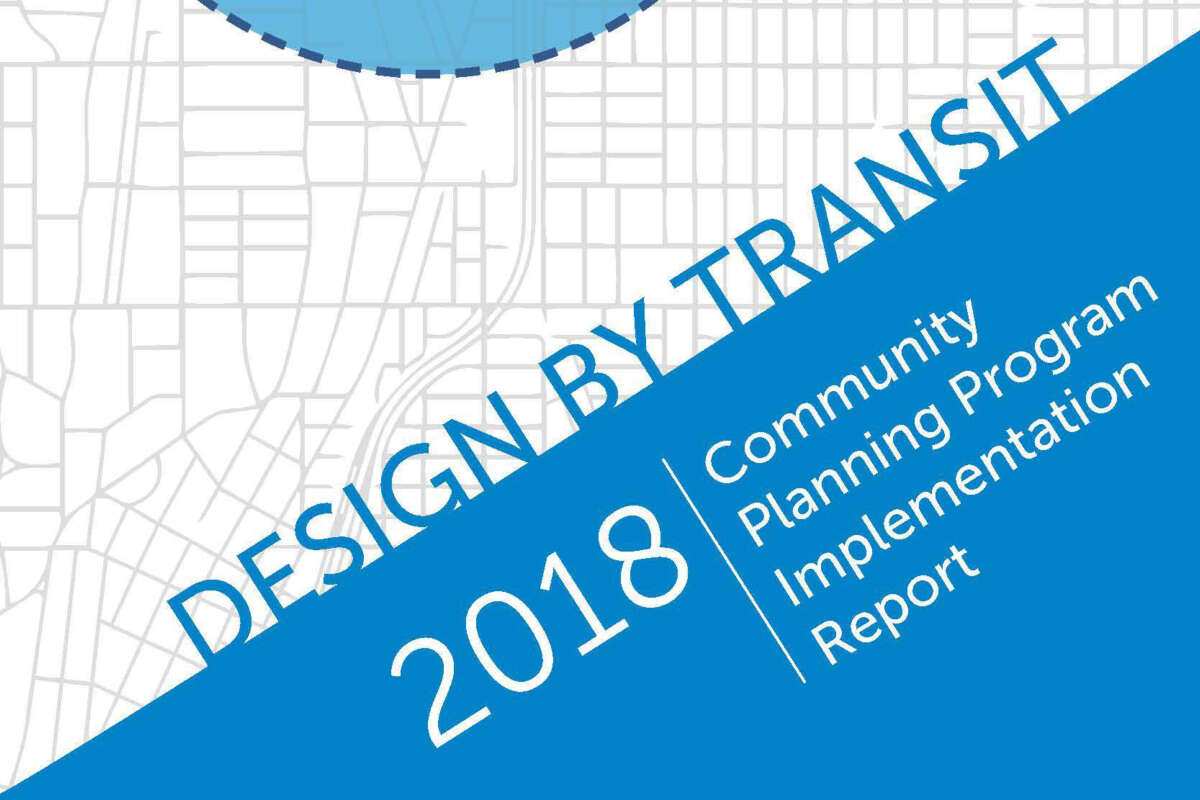 This month we continue celebrating the 20th anniversary of the RTA’s Community Planning program by reporting on recent implementation efforts that advanced transit-oriented development (TOD) in the region.  By implementation, we mean physical changes that make it easier to get to and use our regional transit system.  It’s exciting for us at the RTA because it’s a chance to see projects move from the drawing board (and conference room meetings) to sidewalks and streets in our region.

The Community Planning program, established in 1998, provides the RTA with a mechanism to enable local governments to create communities that support transit ridership and improve access to public transportation while also supporting local economic development goals. Through the program the RTA revitalizes downtowns, streamlines local development approval processes, and enhances station areas to become more accessible. In a sense, the agency’s work has helped design communities that are connected to local transit services.

To better understand and convey the impact that the program’s completed plans have had on local development, the RTA administers an annual survey to past project partners and reports the survey results. The survey asks communities to identify any policy changes or infrastructure improvements that were put in place to support the recommendations from completed RTA planning efforts. In addition, they are asked to list any new developments that were approved, under construction, or completed in their TOD area during the previous calendar year. The results of the survey are then included in the annual implementation report.

Today, the RTA releases Design By Transit, the agency’s fourth annual implementation report. The document, which is linked here, provides an overview of how the Community Planning program supports TOD, includes a summary of the most recent survey results, and mentions several communities that have been successful in implementing their planning efforts. Design By Transit reports on 41 suburban developments last year with 6 being approved for construction, 19 being under construction, and 16 being completed during the course of the year. These 41 developments include 2,827 residential units, 165,749 square feet of commercial/retail space as well as 6,152 square feet of office space all located within close proximity to convenient transit service. Overall, these figures illustrate the growing progress of the RTA’s plans being implemented as viable projects.

We encourage you to read this year’s implementation report to find out more. For additional information about the Community Planning program, please visit our website.

Chris joined the Regional Transportation Authority in 2016. He is currently involved with the agency’s Data Services team assisting with the management of the Regional Transportation Authority Mapping and Statistics (RTAMS) website, conducting analyses in support of regional transit studies, and coordinating the collection/management of transit data. Prior to joining the RTA, he served as an intern in the Planning Departments of several municipalities in Illinois. Chris received a master’s degree in Urban Planning from the University of Illinois at Urbana-Champaign (UIUC). He also received bachelor’s degrees in Urban Planning and Geography from UIUC.