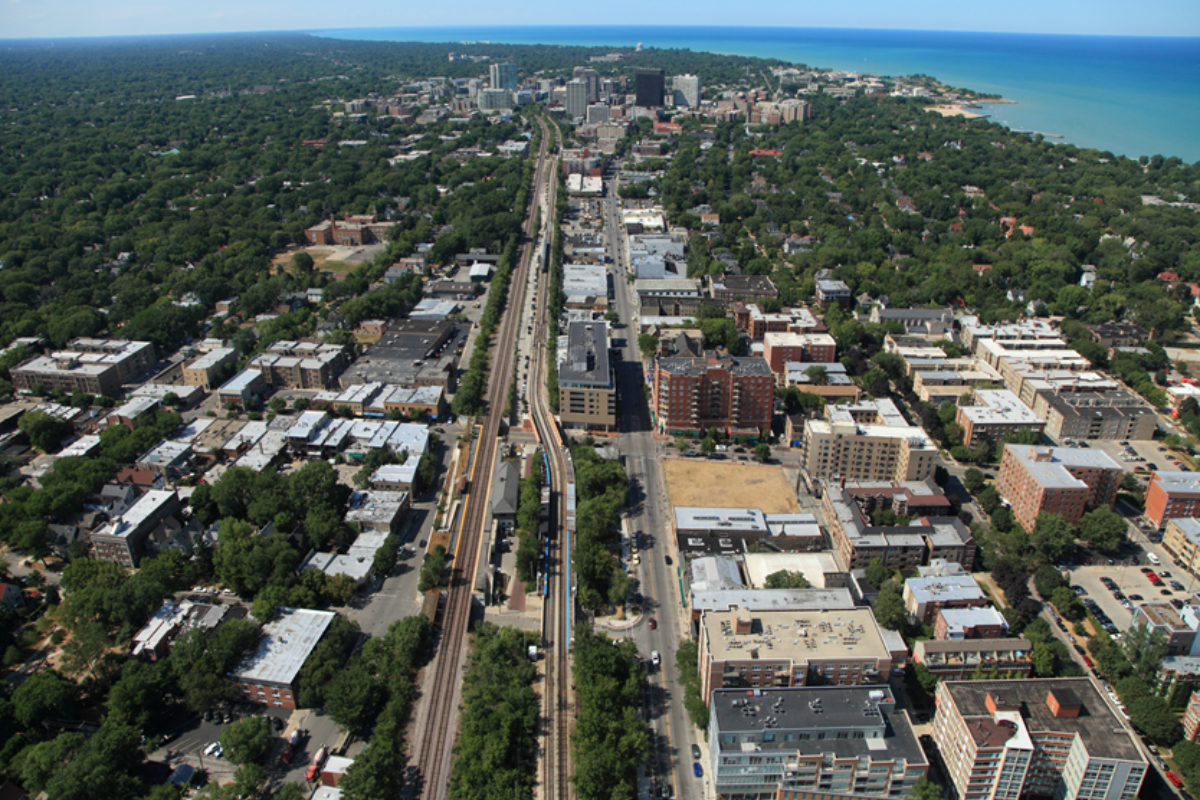 To continue our conversation about the benefits of the RTA’s Community Planning program and celebrate its 20th anniversary, I want to talk about parking and its importance to transit-oriented development or TOD. Although it may seem counterproductive for planners to focus their attention on parking while designing pedestrian-friendly neighborhoods that promote transit ridership, determining the appropriate amount of off-street parking in transit station areas is vital to supporting TOD.

Research shows that neighborhoods with quality transit service generate significantly fewer automobile trips than those without transit access, therefore reducing the need for car-ownership and the demand for parking. An overabundance of off-street parking in a transit-served district can negatively affect the ability to implement TOD by inflating housing costs. This is due to the added cost of including parking in new developments and taking up land that could otherwise be devoted to transit-supportive uses such as housing, jobs or other amenities. However, municipal zoning laws in many communities around our region require the same levels of parking for new development projects regardless of whether they are within walking distance of frequent transit service.

Through a type of Community Planning project called a TOD zoning code update, the RTA works with local governments to assess and revise their zoning ordinances in a manner that supports TOD principles. In 2015, the RTA began a TOD zoning project with the City of Evanston that focused specifically on reducing parking requirements for their transit-served neighborhoods.

Located immediately north of Chicago on the lakefront, Evanston has a wealth of transit assets with ten rail stations, combined, on the CTA Purple Line and Metra Union Pacific North line, as well as bus service on numerous CTA and Pace routes. Despite its convenient access to transit and a lower rate of car ownership compared to its north suburban neighbors, Evanston’s previous residential parking requirements were comparable to typical suburban standards that do not take into account the availability of alternate modes of transportation.

As part of the TOD zoning project, a parking study was completed that confirmed the City’s requirements had resulted in an over-supply of parking in both public garages and private residential developments located near transit. The data showed that, despite the City zoning code calling for 1.25 to 2 parking spaces for each new unit of housing built, the peak parking demand was roughly ONE parking space per unit.  Additionally, a review of peer cities revealed that Evanston’s parking requirements were the highest among the group. Based on these findings, the study recommended that the City adopt lower parking requirements based on the number of bedrooms per housing unit rather than a flat rate per unit. Although this approach is more complex than the previous requirements, it is more accurate to the actual parking demand. The study also offered other strategies for managing parking demand at new residential developments in TOD areas, such as project-specific transportation studies that examine the various options available to potential residents, giving the City a roadmap for ways to better manage its supply of off-street parking.

After several public meetings, Evanston’s City Council adopted changes to the zoning code that reduce parking requirements in September of 2017. Since that time it has been applied to three new mixed-use projects near transit stations. In one example, a planned multifamily development with 169 units on Oak Avenue near the Davis Street CTA and Metra stations, 122 parking spaces are required under the new parking regulations, compared to the 224 that the prior regulations would have called for.

Thanks to the support of the Community Planning program, the City was able to take an important step in their continuing efforts to promote an appealing transit-oriented community with diverse transportation and housing options by effectively managing its parking supply.

Brian joined the Regional Transportation Authority as Senior Planner in 2016. He is actively involved in transit-oriented development planning and implementation efforts throughout the RTA’s six-county service area, overseeing the Access to Transit program and managing projects for the Community Planning program. In his work, Brian is inspired by the equitable nature of public transit and believes that better access to transit is vital to improving personal mobility and quality-of-life for residents of our region. Prior to joining the RTA, he served as a planner in Metra’s Long Range Planning Department for over three years. Brian received a master’s degree in Urban Planning and Policy from the University of Illinois at Chicago and a bachelor’s degree in Humanities from the University of Michigan.