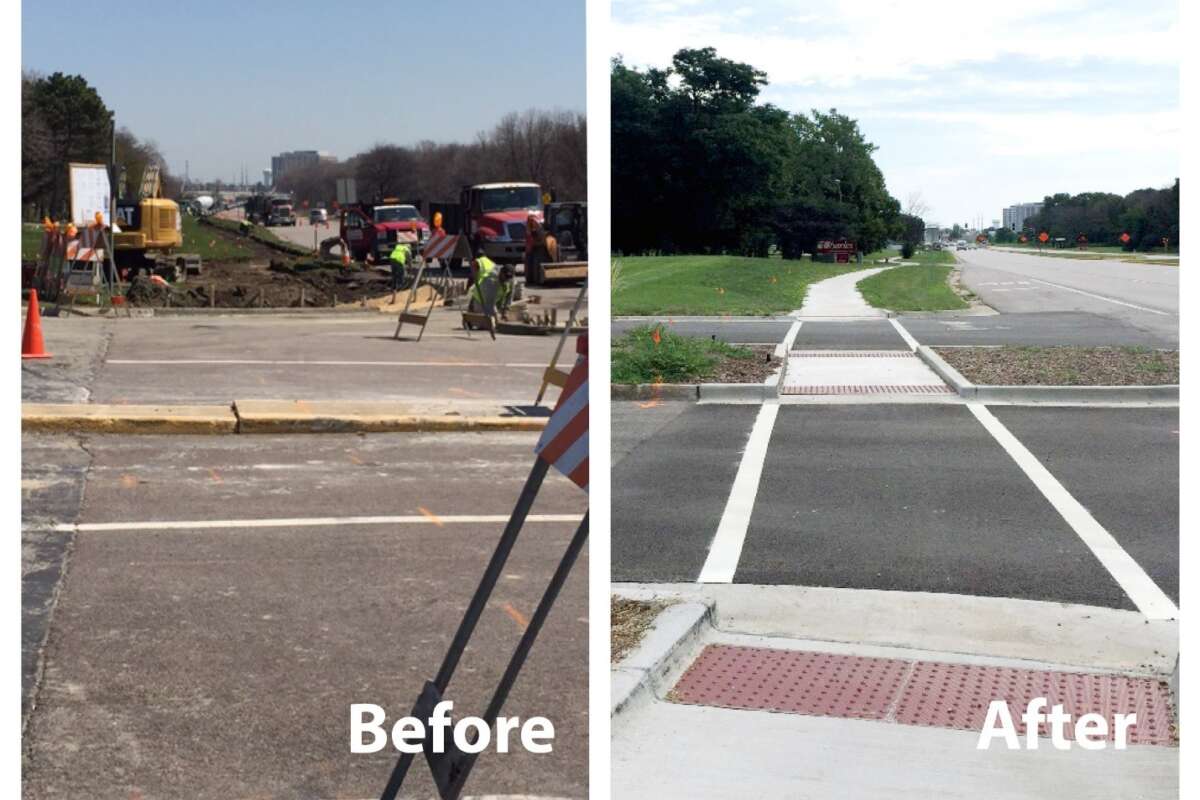 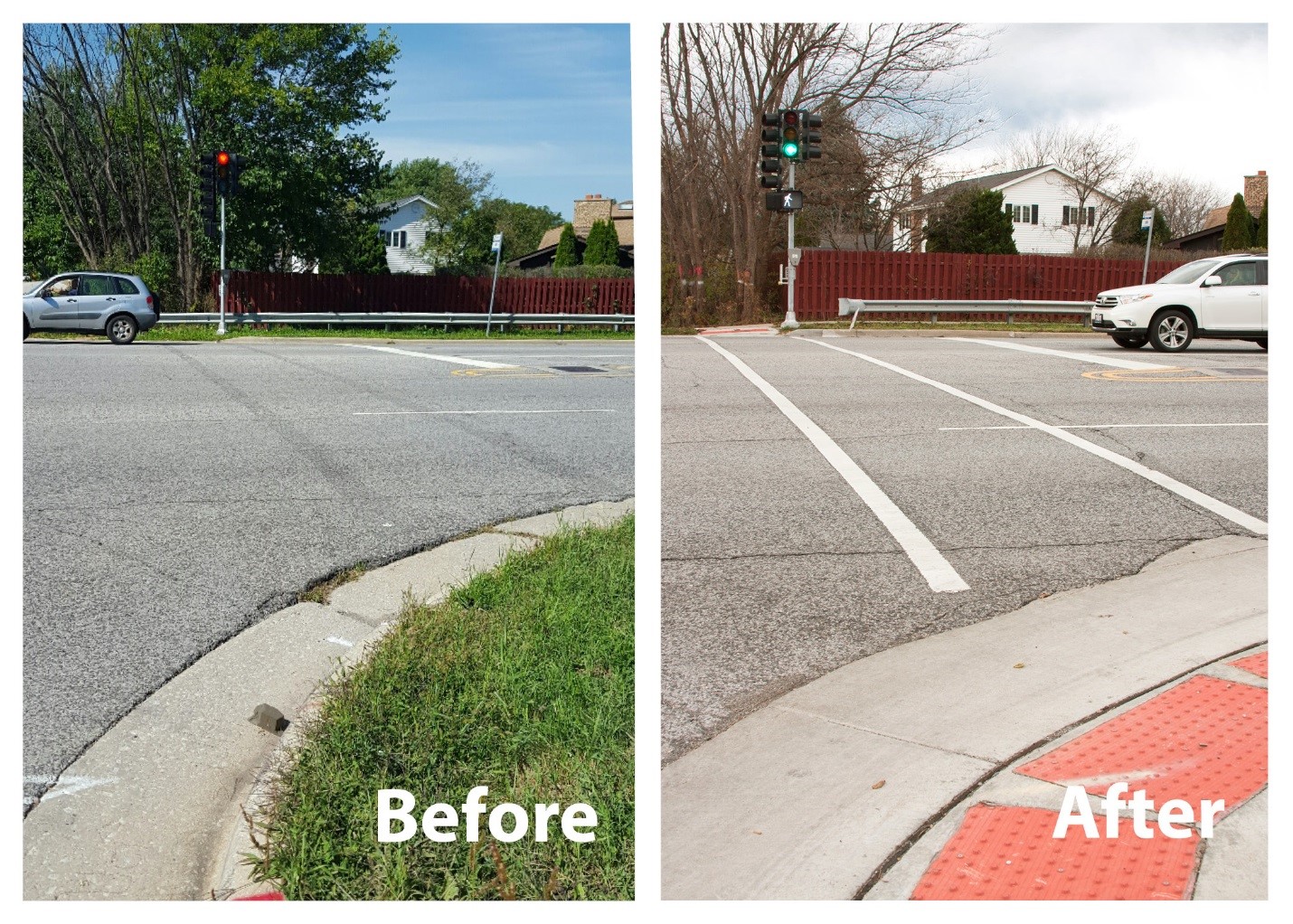 For many of us, when we hear “transit infrastructure” we think train stations, bus stops, rails and bridges. But there is also a whole supporting system that is just as important, though often overlooked: the facilities that connect riders to these transit services. At the RTA, we realize that all transit riders are pedestrians at some point in their trip, which is why we work with local partners to invest in transit-supportive infrastructure like sidewalks, crosswalks, bike parking and accessibility improvements for riders with disabilities.

Recently, three of our partners completed projects to build transit-supportive infrastructure with help from the RTA’s Access to Transit Improvement Program, which provides funding for small-scale projects identified in transit-oriented plans completed through the RTA’s Community Planning program or CMAP’s Local Technical Assistance program. These three projects, totaling over $2 million, are aimed at increasing transit ridership and improving bike and pedestrian safety. The projects received a majority of the funding from the federal government’s Congestion Mitigation and Air Quality (CMAQ) program, with the remainder paid for by the RTA. 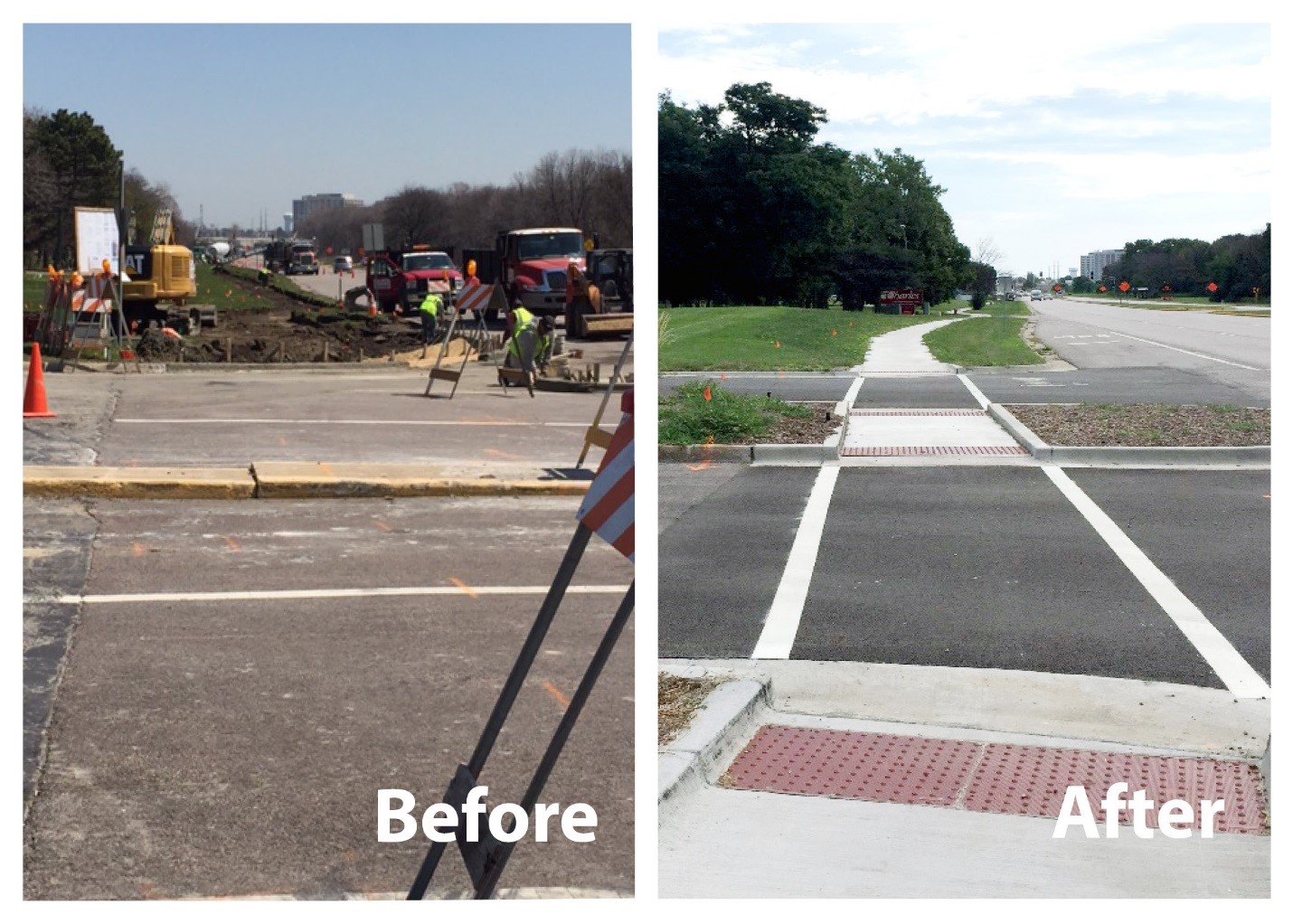 The Village of Glen Ellyn completed a project to improve access to Pace’s Roosevelt Road route #301 by adding enhancements at three key intersections. Improvements included crosswalk striping, countdown walk signals, accessible sidewalk ramps and new sidewalks that filled in gaps where sidewalks were missing.  Route #301 has some of the highest ridership among all Pace routes and offers connections to such important destinations as the CTA Forest Park Transit Center, the Wheaton Metra station and the Oakbrook Shopping Center

In Palos Heights, they invested in improvements at several locations to improve access to Pace Routes #383 and #386.The project consists of new sidewalks, crosswalk striping and countdown walk signals at several locations in the vicinity of Harlem and Ridgeland Avenues. Pace Routes #383 and #386 serve a number of important destinations, such as Midway Airport, CTA and Metra rail stations, Toyota Park, and several major employers and shopping centers.

The City of Rolling Meadows used their Access to Transit funding to improve pedestrian connectivity along a two-mile stretch of Golf Road, which is home to several major employers and served by three Pace fixed routes: #208, #575 and #606. By installing crosswalks, sidewalks, countdown walk signals, and concrete pads for bus shelters, access between bus stops and office parks on this busy corridor has greatly improved, encouraging more employees to commute by transit.

These projects are the first to be completed out of 22 total projects funded by the Access to Transit Improvement Program. Overall, the program has secured nearly $10 million in federal, local and RTA funds for improvements in communities throughout the region. See the RTA website for a complete list of projects, there may be one coming soon to your neighborhood. 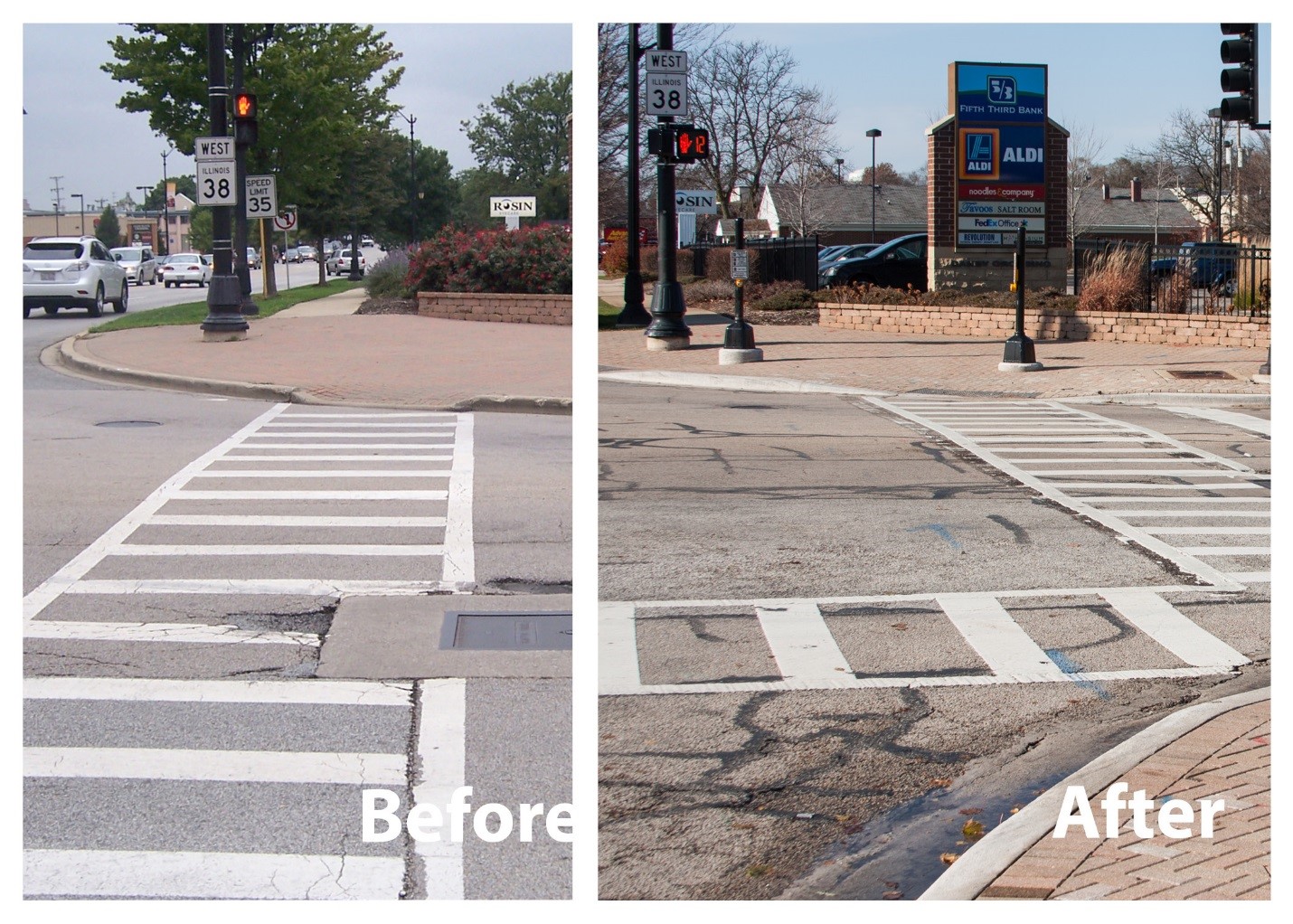