The RTA is celebrating World Car Free Day by encouraging all those who typically drive personal vehicles to use public transportation this Friday, September 22. World Car Free Day is organized in cities across the globe with the common goal of reducing the number of cars on the streets.

Whether or not you usually ride our system, Car Free Day is a great time to ride transit and enjoy its benefits for yourself. The good news is that whether or not you ride, we all benefit from our regional transit system.  It attracts employers to our region and limits the number of vehicles on our already clogged roadways.

The regional transit system faces serious financial challenges due to state funding cuts.  In addition, economic factors such as declines in sales tax collection combine to bring $94.8 million in reductions in funding for the region’s public transportation operating budget through December of this year.


The transit system in the RTA region covers approximately 3,700 square miles and provides more than two million rides each weekday in Cook, DuPage, Kane, Lake, McHenry and Will Counties. For more information about the benefits of taking public transportation compared to driving, check out our infographic: 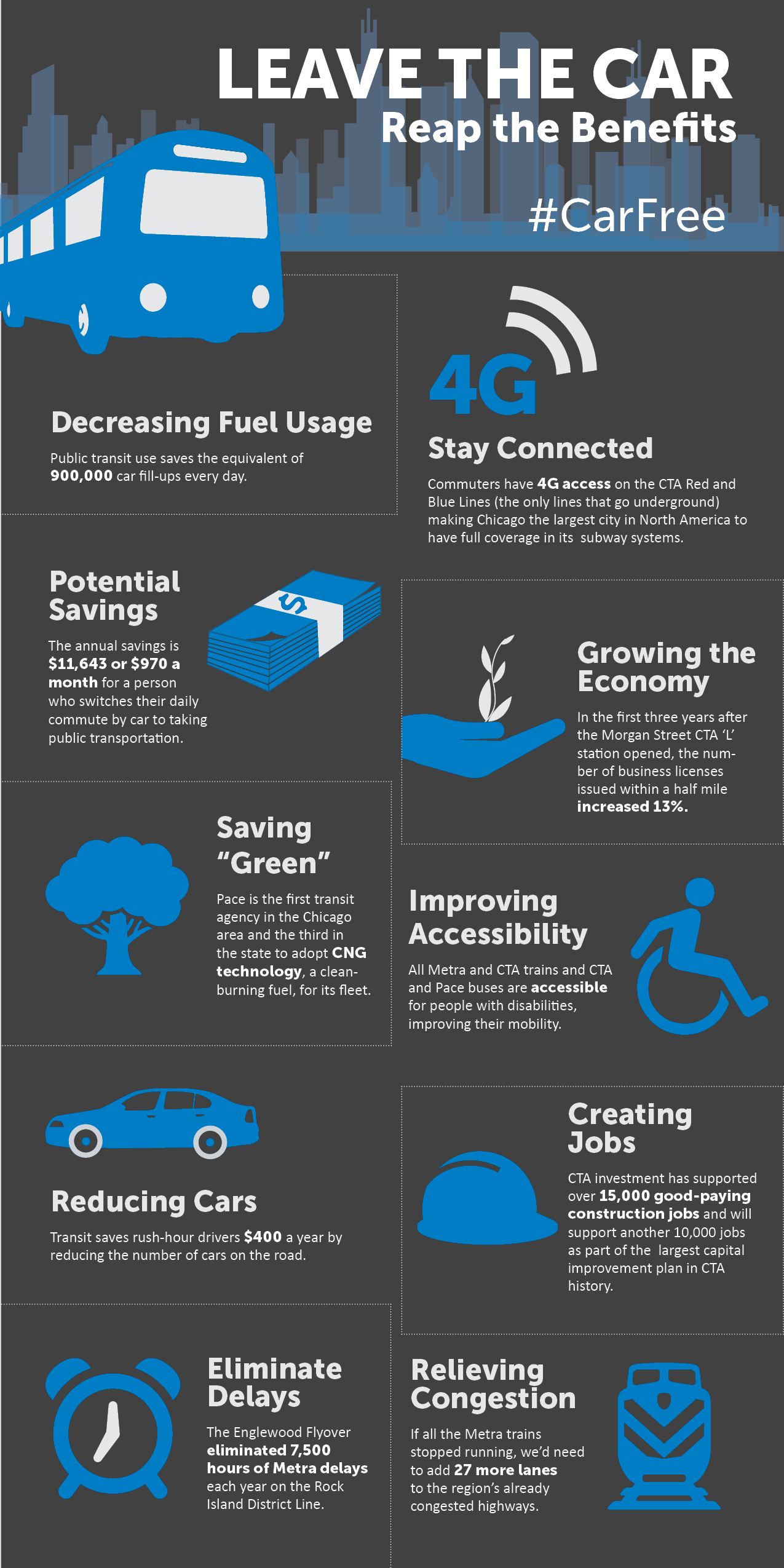