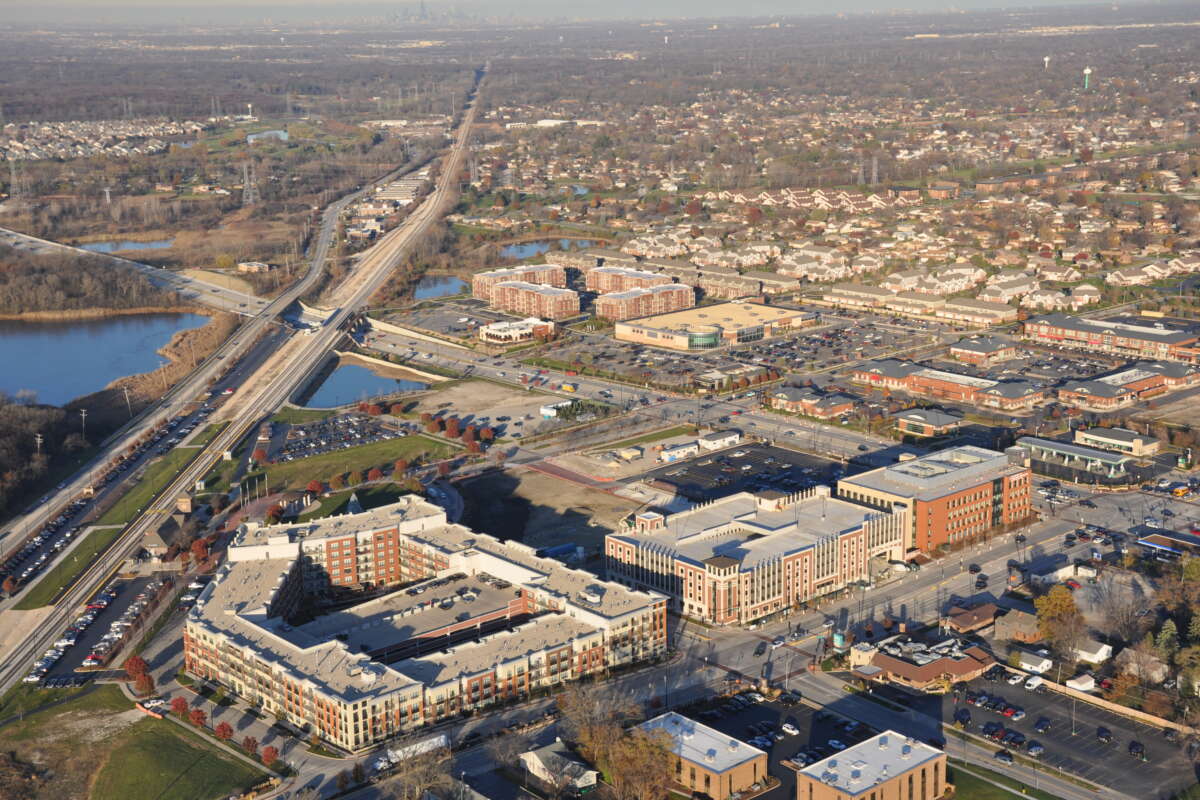 Last month the Tribune focused on a renaissance occurring in Wheeling where an old warehouse site has transformed into a bustling downtown. At the RTA, this phenomenon isn’t anything new. We are a key player in giving local governments and organizations the tools they need to bring transit oriented development (TOD) to their communities.  Wheeling is a great example of a village bringing a dormant building back onto the tax rolls and using an established transit asset like a Metra station to transform vacant areas into vibrant downtowns.

Mass transit plays an important role in spurring economic and cultural vitality to many suburban centers. Nearly two-thirds of Chicago’s area workers, mainly commuting from the suburbs, rely on public transportation to Chicago’s Loop. Millennials, age 18-34, many of whom have shunned car ownership in favor of public transit, make up approximately one-third of RTA’s six-county workforce.  With this in mind, the suburbs around Chicago realize that TODs play a huge role in attracting potential businesses and residents.   In Caterpillar’s recent announcement that they’re moving their offices to Northbrook, they listed access to public transportation as a key attraction to our area.

The RTA has advocated for TOD through the efforts of our Community Planning program, which began in 1998. Through the program, the RTA promotes livable transit-served communities that offer a variety of housing options and amenities, access to employment opportunities and a range of personal mobility options. To date, the program has completed more than 100 transit-oriented development and implementation plans using a combination of RTA, local and federal funds, totaling nearly $10 million.

In 2005 the Village of La Grange completed a TOD plan for their two Metra stations with funding and staff assistance from the RTA, which provided project management support and funding to hire a planning consultant. The TOD planning process combined public outreach with data analysis to create a guide for the Village’s future land use policies and transportation investments around their transit stations. La Grange’s efforts to implement TOD have resulted in a vibrant downtown district that offers a mix of retail outlets and housing all within walking distance of Metra and Pace service. The Village has also improved their transit facilities with a comprehensive renovation of the historic Stone Avenue Metra station that included improvements to the station structure, outbound platform shelter and the grounds, where a new outdoor public gathering space was added.

Besides Wheeling, another RTA partner community seeing the benefits of their TOD planning is the Village of Mundelein. In 2004, Mundelein adopted a TOD plan with help from the RTA, which provided project management support and funding towards a planning consultant. The resulting report offered the Village direction on redeveloping the land surrounding their Metra station, which was dominated by large industrial uses at the time and offered poor access to and from the station. Since that time, Mundelein has made great strides towards creating an active downtown in this area, acquiring land for redevelopment and investing in public infrastructure and facilities. Nearly 200 units of housing have been added in recent years accompanied by the construction of a new mixed-use Village Hall and a central public plaza, adjacent to the Metra station.

By investing in public transit, suburbs can utilize these assets to bring further economic development to their communities. On a national level, investment in transit yields returns of $4 for every $1 invested.