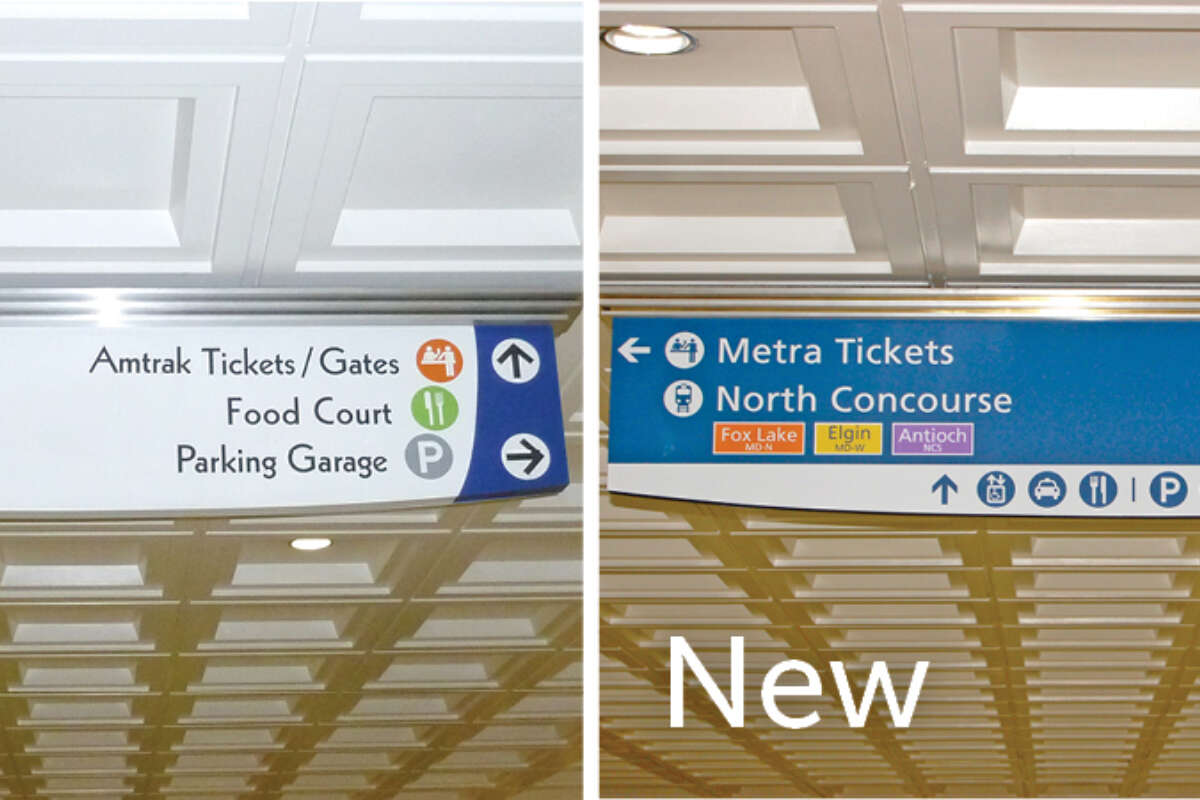 Chicago Union Station has been a landmark in our city since it opened in 1925. The third-busiest rail terminal in the United States, the iconic structure handles approximately 120,000 passengers on an average weekday. Union Station is the epicenter of Chicago transit with CTA buses connecting people to Metra and Amtrak trains and vice versa. But with so much going on, it can be a bit confusing.  That’s where we come in.

In 2012, working with CTA, Metra and Pace, the RTA created the Interagency Signage Standards. Collaborating with Metra, CTA and Amtrak, we applied these principals to improve signage around Union Station. RTA, Metra and CTA staff designed the signage messages, and RTA staff made the signage artwork. The new signage directs customers to and from the Union Station Transit Center, which is located between Canal and Clinton just south of Union Station.  The Transit Center opened in September 2016 and provides a direct connection to six CTA bus routes.

Recently, we partnered with H.M. Witt to install 81 vinyl signs in Union Station that will:


We think this will make things simpler for everyone.  We hope you find them helpful!

Interested in seeing more? Check out our interactive story maps on the updated signs at Union Station here: