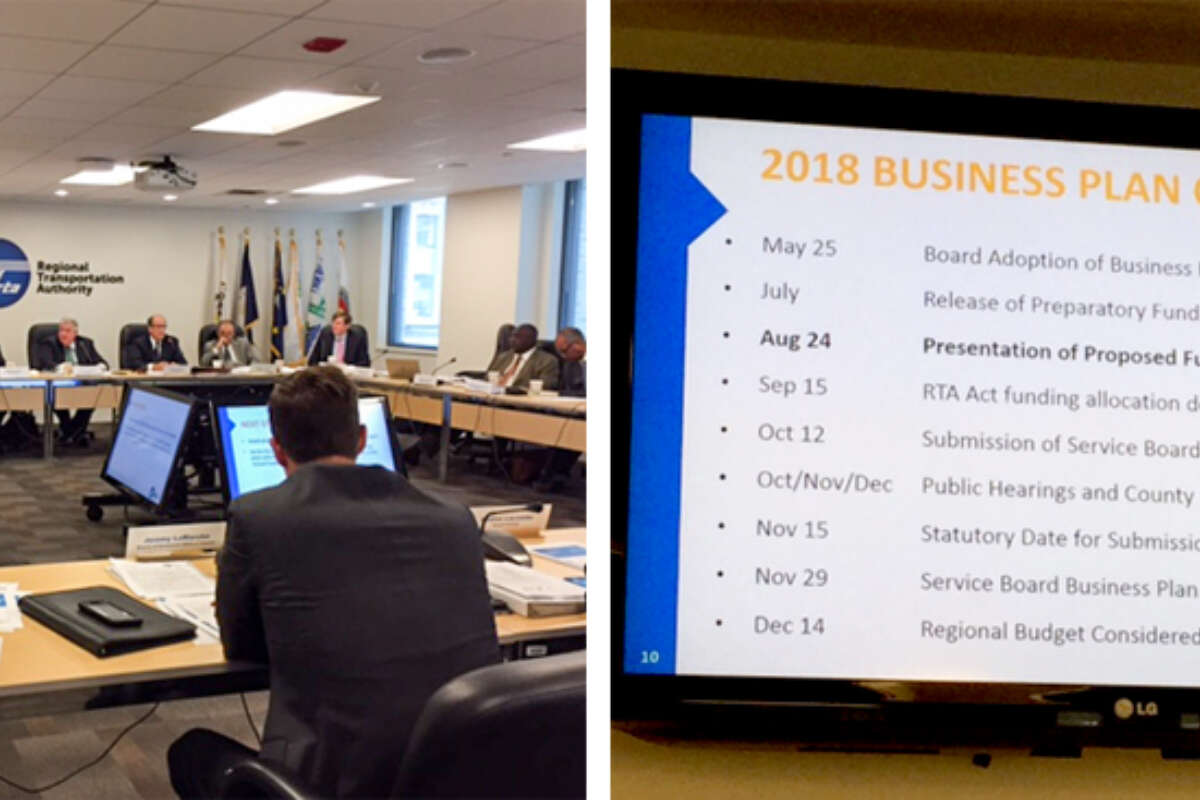 At today’s meeting, the RTA Board of Directors took measures to assure CTA, Metra and Pace are able to continue to provide the critical transportation service to riders each day in an increasingly challenging environment.

First, the Board approved an ordinance asking the Service Boards to re-examine their 2017 operating budgets and return to our Board in 60 days with revised spending plans.

This is necessary for several reasons.


The State Budget cuts, along with declines in economic factors such as sales tax collection, will combine to cause $94.8 million in reductions in funding for the region’s public transportation operating budget through December of this year.   They are the primary reasons that the RTA Board asked CTA, Metra and Pace to re-examine the dollars they plan to spend this calendar year and continue to implement all the efficiencies they can.

At today’s meeting, RTA staff also presented a quarterly performance report, showing that regional ridership is down 3.9% for the first half of 2017 when compared to the same time period a year ago. We know the Service Boards are working hard to address this issue, and we remain in line with our peers related to ridership numbers. However, when considering state funding cuts and economic challenges, it’s important to remember that our regional transit system’s operating budget is funded by three main sources:  fares riders pay and other system-generated revenue (40%), RTA sales tax (40%) and state funds that include a match on that sales tax (20%).  Monitoring fluctuations in ridership is important when looking at overall system operating funding.

In addition, the RTA Board approved the budgetary funding amounts to be allocated to CTA, Metra, and Pace for their 2018 operating budgets and five-year capital programs. The approved operating funding amount is $1.519 billion.  Operating funds are for day-to-day services like maintenance of trains and buses. In addition, the Board approved a $980.3 million 2018 capital funding plan comprised of federal, RTA, and Service Board funds. The capital funding plan supports expenditures to maintain and improve the region’s extensive transit infrastructure and vehicle fleets.

The Service Boards will present their 2018 budgets and capital programs at the RTA special finance committee on November 29 and we know next year will also be challenging.

Today’s passage of the operating and capital funding amounts, in advance of full regional budget consideration in December, marks the third consecutive year that the RTA Board has adopted funding levels in August, a month ahead of the statutory deadline. Early adoption of the funding levels provides the Service Boards with more certainty as they develop their 2018 operating budgets and capital programs.

I want to specifically commend the collaborative efforts of the Service Boards and RTA Budget and Capital teams.  Ultimately, the region’s transit riders benefit from this cooperative spirit.