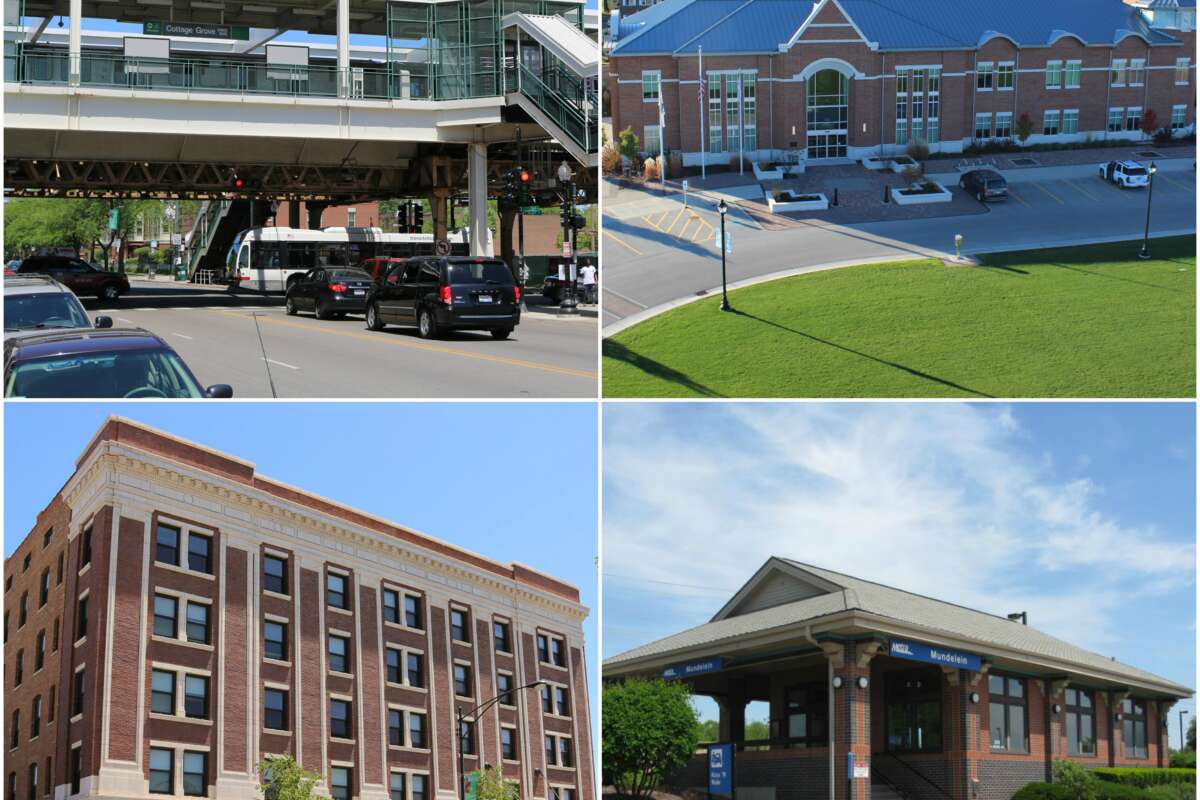 ["By Brian Hacker\n\nSenior Planner, Local Planning & Programs\n\nWith the RTA’s Community Planning program currently accepting applications for new projects, we thought it would be a good time to check in on the status on projects that have kicked off in years past.  The main goal of the community planning program is to promote transit-oriented development (TOD), a planning concept that prioritizes residential density, mixed-use development and bicycle and pedestrian amenities within walking distance of transit service.\n\nTwo of RTA’s partner communities that are making notable progress in implementing their TOD plans are the Village of Mundelein in Lake County and the Woodlawn neighborhood, which was part of the City of Chicago’s 63rd Street Corridor Study. Despite their differences in identity and geography, both Mundelein and Woodlawn are seeing the benefits of prioritizing community growth and investment within walking distance of their public transit stations.\n\nWith a station on Metra’s North Central Service, Mundelein completed a TOD plan through the Community Planning program in 2004, and since then, has worked to transform a formerly industrial and vacant area around their Metra station into a center of activity in the Village. At the heart of this effort is a new, mixed-use Village Hall and a central plaza located next to the Mundelein station. Two multi-family residential buildings have been constructed nearby, adding roughly 150 new units of housing. And recently, the Village also welcomed the addition of Fairhaven Crossing, an affordable housing development that also includes units reserved for people with disabilities.\n\n[gallery ids=\"/uploads/images/blog/WP-Old/2017/06/mundelein-village-hall.jpg","Mundelein’s new mixed-use Village Hall,/uploads/images/blog/WP-Old/2017/06/metra-train-depot-1.jpg","The Mundelein Metra station,/uploads/images/blog/WP-Old/2017/06/cardinal-square-building-c.jpg","Cardinal Square, a multi-family residential development located to the east of the Metra station\" type=\"slideshow\"]\n\nFor more information, check out our interactive Story Map of the Mundelein project.\n\nIn 2014, the City of Chicago completed the 63rd Street Corridor Study with assistance from the Community Planning program. This project focused on the stretch of 63rd Street between the Cottage Grove Green Line station to the east and the Martin Luther King, Jr. Drive Green Line station to the west, an area that spans the Washington Park and Woodlawn neighborhoods. Since completing the plan, the City of Chicago has partnered with non-profits and private interests to implement several transformative projects that have added new housing, retail and community amenities to the corridor. Woodlawn Park, a mixed-income residential development of roughly 200 units along Cottage Grove Avenue, has replaced an obsolete affordable housing development and continues to expand with new buildings currently under construction. Other upcoming projects include a new Jewel Osco grocery store at Cottage Grove Avenue and 61st Street and planned renovations to the Cottage Grove Green Line station. With a wealth of transit assets and proximity to planned Obama Presidential Library, the 63rd Street Corridor is well poised to build on its recent TOD successes.\n\n[gallery ids=\"/uploads/images/blog/WP-Old/2017/06/cottage-grove-station-3.jpg","The Cottage Grove Green Line station,/uploads/images/blog/WP-Old/2017/06/the-burnham-1.jpg","The Burnham is a multi-family affordable housing development just north of the Cottage Grove Green Line station,/uploads/images/blog/WP-Old/2017/06/the-strand-apartments-5.jpg","The former Strand Hotel, a neighborhood landmark, was renovated and converted into apartments in 2015\" type=\"slideshow\"]\n\nOur engaging Story Map of the 63rd Street Corridor Study has a lot more details. Check them out here.\n\nWant to learn more about the RTA’s TOD planning initiatives? Feel free to visit our Community Planning webpage!"]