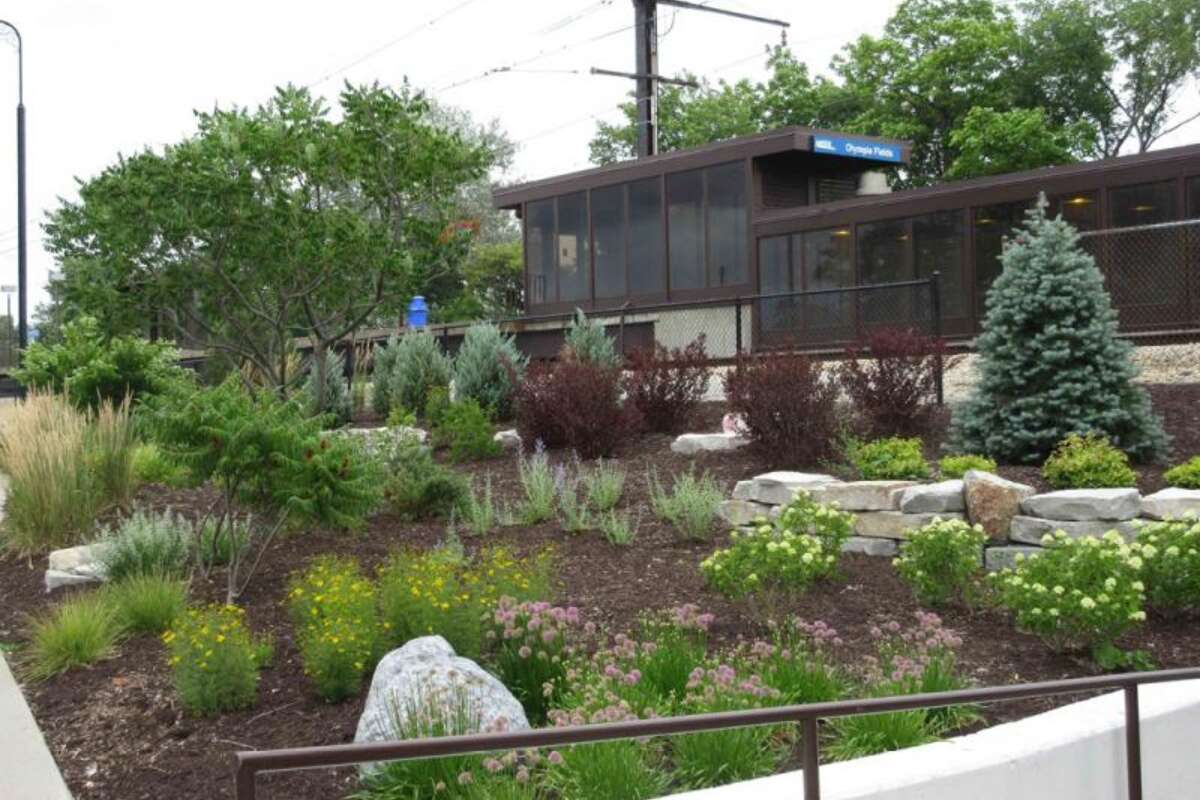 We know that nearly 50 companies have moved to Chicago in the past six years, and that the regional public transportation system is a big reason why they chose our area.  But the tie between economic development and public transportation isn’t always found in corporate headquarter relocations. Sometimes the system’s benefits to local employers and sites are right under our nose and have been for years.

When you think of country clubs, does public transportation come to mind? For most people it doesn’t. But for Josh Miskowiec, Director of Membership at the Olympia Fields Country Club, mass transit means more than just a commute. It is part of the club’s history and is a big part of his pitch to potential members.

In 1999, the RTA provided funding to the Village of Olympia Fields to complete a transit-oriented development (TOD) study for a half-mile radius of the Olympia Fields Metra station and directly across from the Olympia Fields Country Club. The plan focused on creating a Town Center that would serve as the focal point and gateway into the Village. The Town Center would include usable public space and a walkable environment connecting pedestrians to housing, shops and other amenities like the country club. You can learn more about the plan here and our project to update the zoning as part of the 2016 Community Planning program here.

Ride On. spoke with Josh to learn more about mass transit’s importance to the Club, and he gave us a preview of a video they created to illustrate how members can cover the 35 miles from downtown Chicago to the club while relaxing on the train.  That beats the drive behind the wheel any day.

Ride On Blog:  What role does public transportation play in your life?

JM:  In more ways than one, it’s made my job easier. I live by the Museum Campus/11th Street Metra station and my commute to Olympia Fields is usually about 40 minutes. It only takes me a minute or so to walk to the club from the station.

More importantly, it’s become a huge selling point for potential members, especially when 80% of our newest members live in the city. By taking the train, members can avoid heavy traffic, get more work done and have a safe, reliable option to return home.

Ride On Blog:  What has the Metra station meant for the Olympia Fields Country Club?

JM:  Mass transit has played a big role for the Olympia Fields Country Club since its founding 102 years ago. In order to build the club, the founders needed to have the railroad extended to make it accessible for people in the city to spend weekends here. That tradition still holds today where most of our membership, especially younger members, live in the city and use Metra to access the club. They love that public transportation is a safe and convenient option for them.

We’re also hosting the KPMG Women’s PGA Championship starting June 27th and the Olympia Fields Metra station will serve as the main entrance for all spectators, who are coming from the city and surrounding suburbs. As the PGA looks to expand into larger markets, transit accessibility plays a part in their decisions on where to host their events.

Ride On Blog: Tell us about this video you created to promote taking Metra to the club.

JM:  The video is a great visual tool to show people how easy and convenient taking public transit is to our facility. What better way to do that than showing my own commute! I’m able to time my schedule perfectly, get work done on the way there and even have some time to relax.