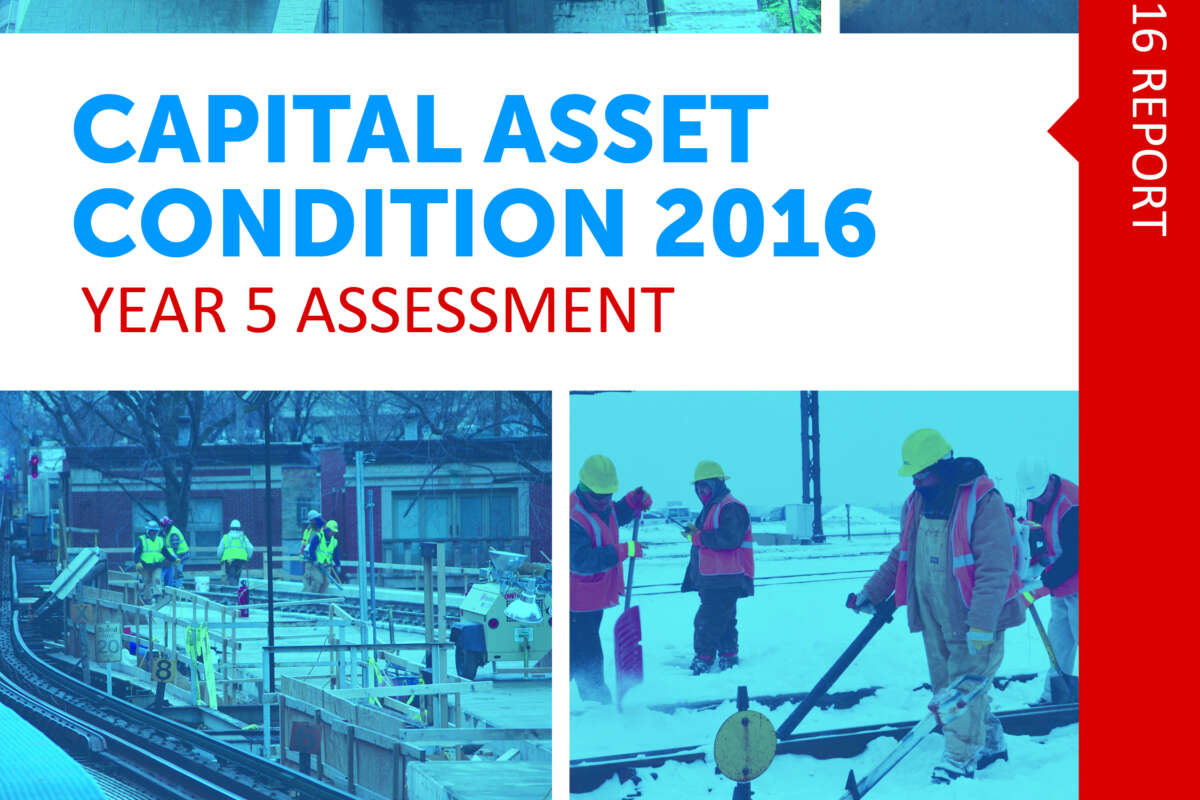 The Chicago region’s six-county 10-year public transit capital needs are projected to reach $37.7 billion according to the RTA’s 2016 Capital Asset Condition Assessment released today. These costs include maintaining aging infrastructure, upgrading trains and buses, repairing/replacing bridges, replacing tracks, rehabbing stations and making other improvements needed to achieve a State of Good Repair (SGR), a condition in which assets are operating at their full performance level.  The projected ten-year need is basically stable with the last Asset Condition Assessment reported by the RTA in 2014 indicating that the level of funding for capital investment has not been sufficient to lower the projected need.

The $37.7 billion need includes $19.4 billion of deferred investment or backlog and an additional $18.3 billion that is needed over the next decade for normal capital reinvestment. The Service Boards receive federal, state, and local dollars to fund capital projects.  With the State’s ongoing financial crisis, state funding in support of infrastructure has decreased significantly, further exacerbating the funding shortfall.

To both address the backlog of deferred investments and keep up with ongoing reinvestment needs would take approximately $2.6 billion per year for the next twenty years.

“The RTA and the Service Boards have determined that they require an annual funding level of between $2 and $3 billion per year over the next 20 years to maintain and renew our extensive transit network.  Transportation is a key component of the economic engine that drives the region” said RTA Executive Director Leanne Redden. “We cannot take our prior investments in transportation for granted.  A stable, dedicated, and on-going state capital program is more important than ever to allow our system to modernize and Chicago to prosper.”

The 2016 Report provides an overview of the current physical condition and 10-year capital reinvestment needs of area transit capital assets owned and operated by the CTA, Metra, and Pace as of December 31, 2015.  The report notes that Northeastern Illinois is home to the nation’s third largest transit network serving more than eight million residents and providing about two million passenger trips each day.

According to the report presented to the RTA Board today: