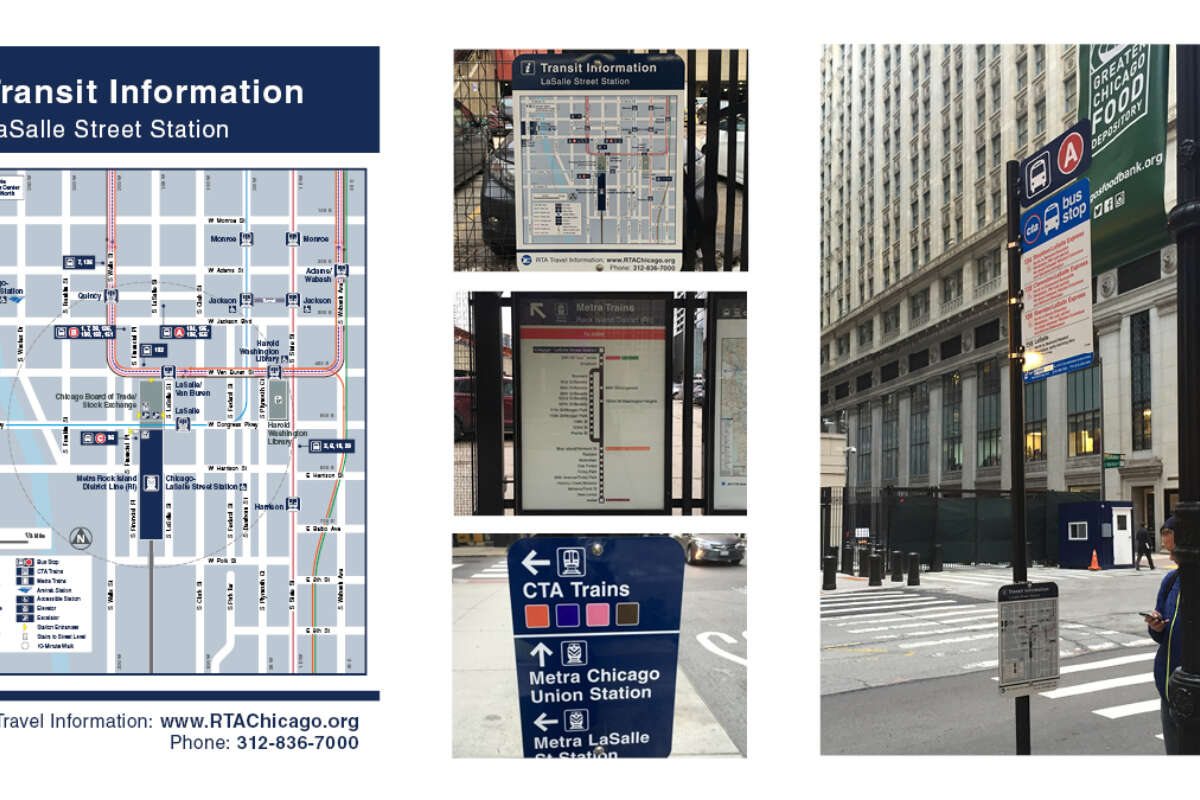 The RTA’s interagency signage initiative is part of our continuing mission to improve the passenger experience by investing in a modernized system that provides coordinated information so that customers can comfortably navigate our regional transit system.

As readers learned a year ago on this blog, the RTA is leading the collaborative effort with CTA, Metra, Pace and municipal partners to design and deploy a system of interagency signage designed for passengers who make train and bus transfers.   At that time, we’d installed signs at four locations.   We’re happy to announce we now have signage in and around Metra’s LaSalle Street station located at Van Buren Street and Financial Place in Chicago’s Loop.  This installation is funded by the RTA.

The interagency signage program focuses on making the connecting path between CTA, Metra and Pace services as intuitive as possible.   The signage is also designed to help “walk-up” customers and passengers with disabilities.  Whether you are a first time rider, occasional or a regular rider these signs will help you get where you want to go.

For example, some of the major destinations to which you can easily connect from the LaSalle Street location using the newly installed wayfinding signs include: