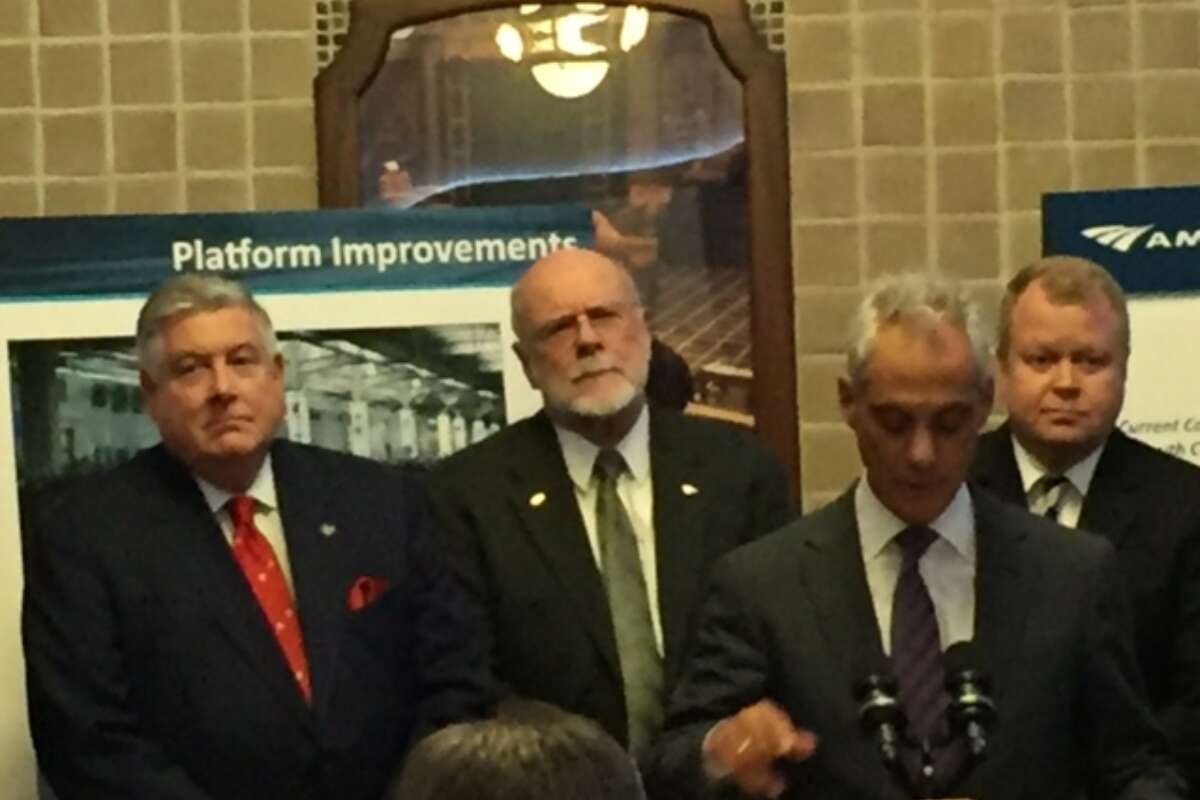 It was my pleasure today to join Mayor Emanuel, Metra Executive Director/CEO Don Orseno, CDOT Commissioner Rebekah Scheinfeld and Amtrak officials at Union Station to celebrate Chicago's plans to modernize and transform the iconic station and the surrounding West Loop area.  Union Station received a major boost with the announcement that the USDOT Build America Bureau and Chicago are entering into an Emerging Projects Agreement (EmPA), under which Chicago can work closely with USDOT with the ultimate goal of seeking up to $1 billion in federal funding for the project.  The RTA is proud to be a partner in this project.

I join the Mayor in thanking Secretary Foxx and the Build America Bureau for acknowledging the significance of this project and for all of our partners who have been working for the past several years to help get us to this point today.  All of us at the RTA also want to thank U.S. Senator Dick Durbin, Representative Mike Quigley and our entire Congressional delegation for their continued support of our local transit needs.

As the Mayor said today, we know that Union Station has a rich history, but this work will assure it has a bright future as well.  For more information, please read the CDOT press release  and, of course, continue to follow this "good news" story for Chicago.