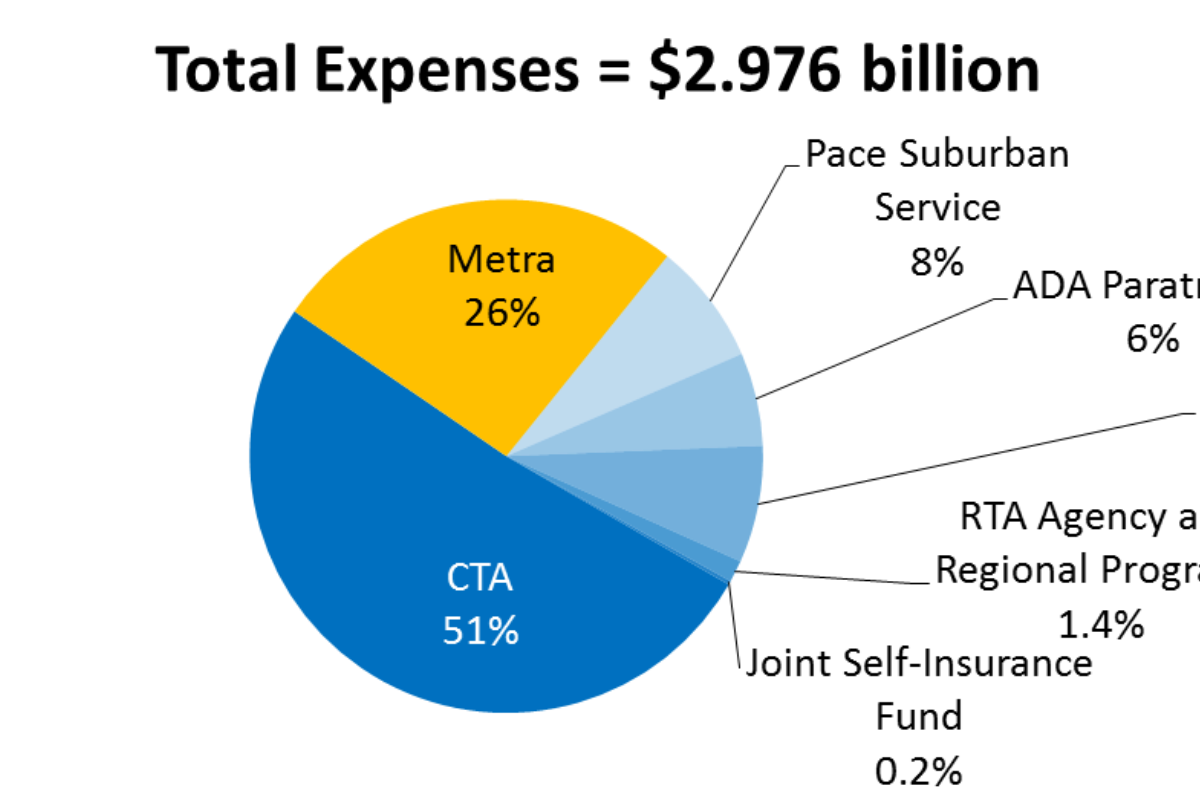 At this morning’s meeting, the RTA Board of Directors unanimously approved the 2017 operating budgets for the RTA, Chicago Transit Authority (CTA), Metra and Pace, totaling $3 billion.  The Board also adopted a five-year capital program in the amount of $5.1 billion.  This includes an estimated $1.8 billion in capital expenditures for 2017.

For the third year in row, the transit system cannot expect new capital money from the state of Illinois. The RTA estimates that in order to address the region’s growing backlog of capital needs and move forward, we should be investing $2 billion to $3 billion annually.  The current capital program falls short of that goal. Federal funds account for about 45% and CTA Transit Tax Increment Financing (TIF) funds account for 35% of the 2017 capital program.  The CTA is primarily responsible for growth in the 2017 capital program related to its funding to support Phase I of the Red Purple Modernization project.

Public transportation is an integral part of our region’s and state’s success. Public transit doesn’t just move the flow of people; it’s an economic generator. Our system generates billions of dollars a year for Chicago, the region and the state.

We’ve seen it happen: After the Morgan street station on the Green and Pink Lines opened in the West Loop, the number of business licenses issued within a ½ mile of the station jumped a whopping 13 percent. Business growth means job growth and job growth means economic growth. For every $1 billion invested in public transit, 50,000 jobs are created and supported.

View a copy of the transit system’s 2017 budget and capital program at www.RTAChicago.org.