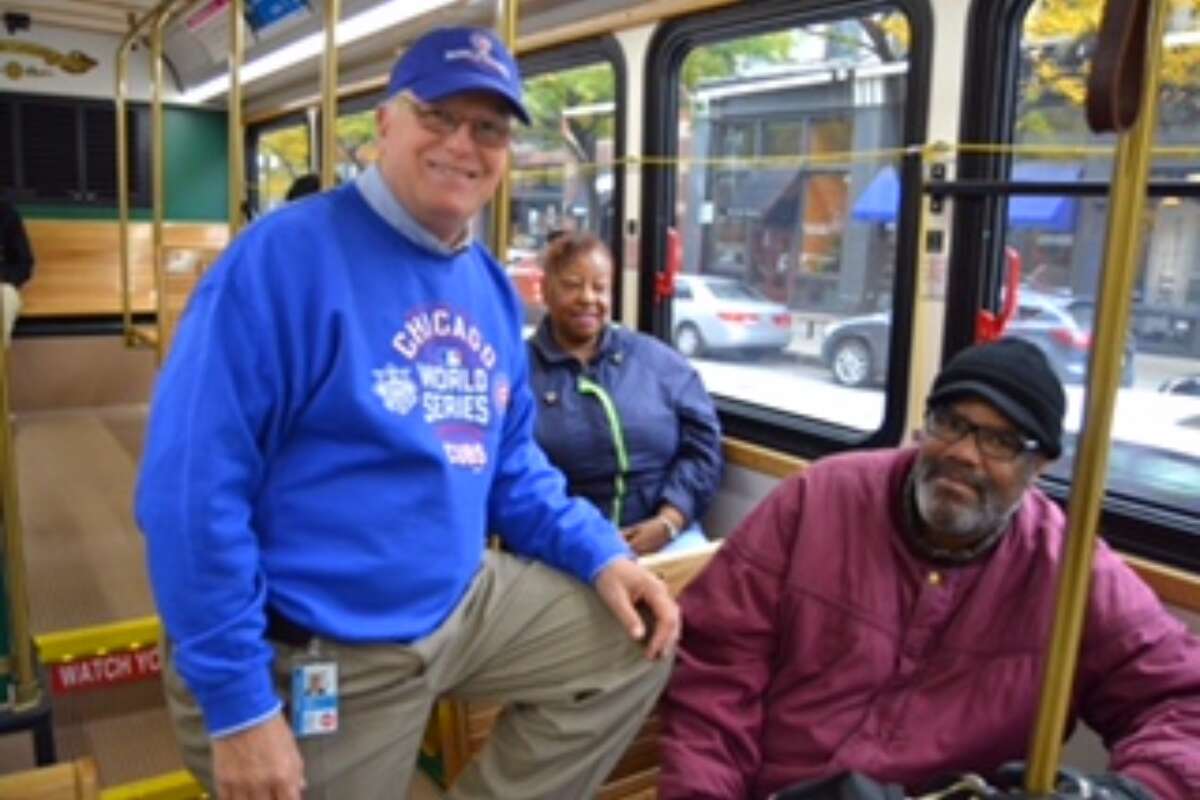 As you may remember, I entered into a friendly wager with the Greater Cleveland Regional Transportation Authority (RTA) about this all important World Series!  We agreed that the losing team's RTA leader would wear the winning team's hat and sweatshirt on transit the day after the last game.

Hats off to my colleague Joe Calabrese, Chief Executive Officer and General Manager/Secretary-Treasurer of the Cleveland RTA, for being such a great sport and wearing Cubs gear on transit earlier today.  We flew the W this year but we in the RTA region certainly know what it's like not to unfurl that flag.  It was a great season and both teams played very well!   Transit is really one team and we're all looking forward to next year!