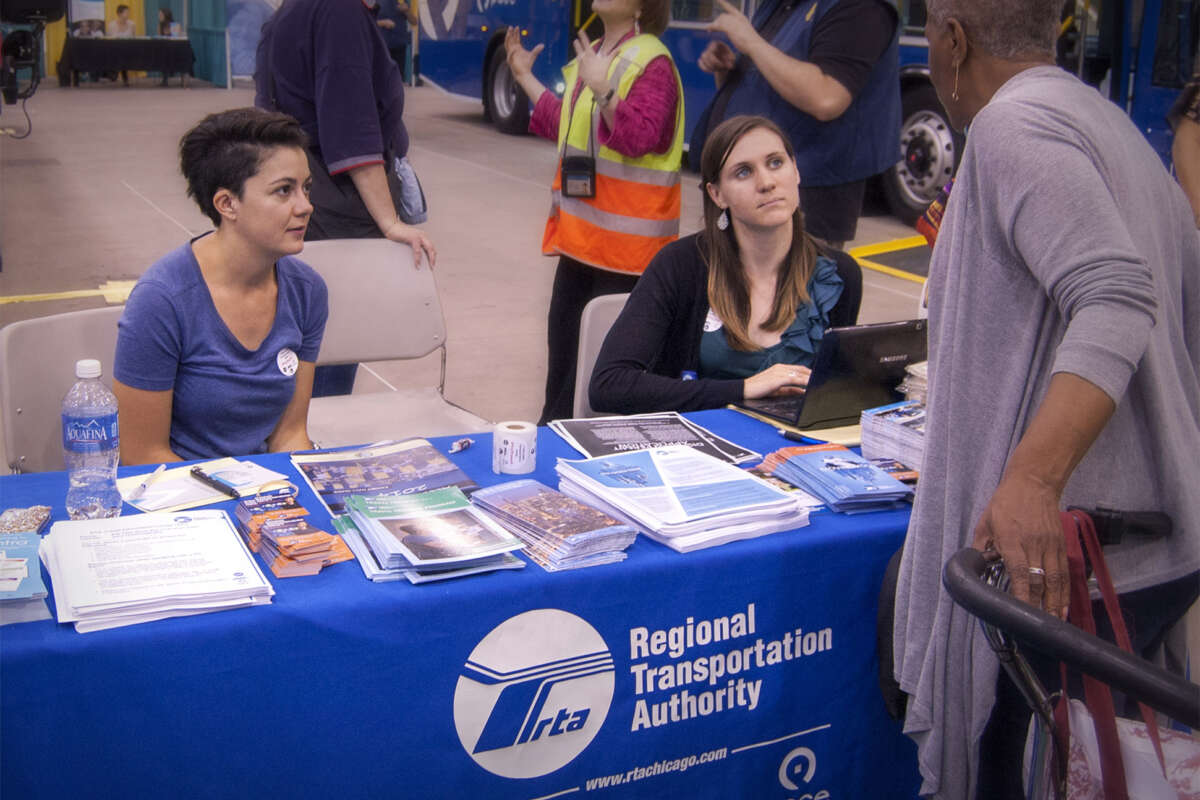 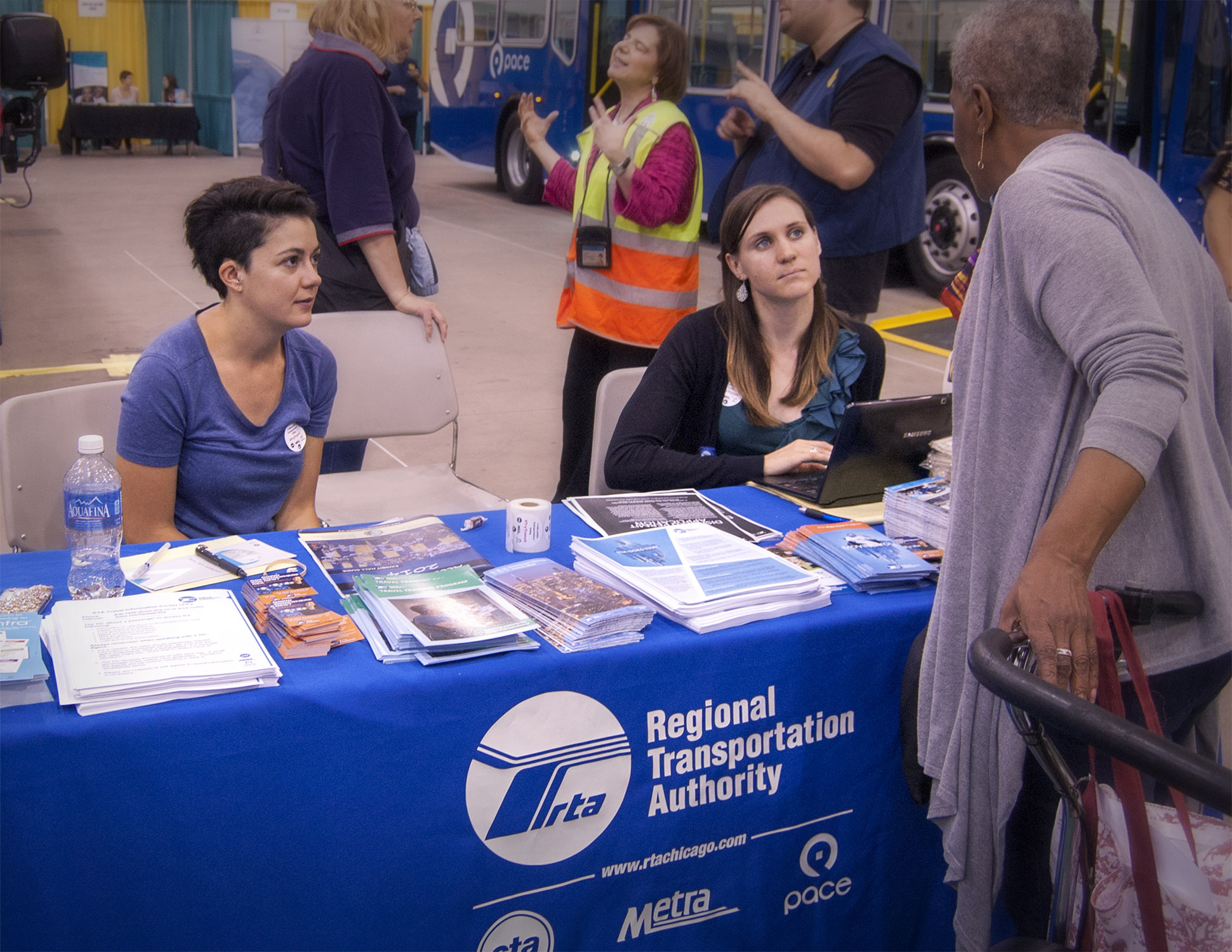 RTA staff discuss the variety of services available to people with disabilities during last year's AccessChicago. Hundreds of participants attended last year, gaining a wealth of information about the programs available within the Chicagoland region.[/caption]

Join us, along with CTA, Metra and Pace for AccessChicago 2016 Expo for People with Disabilities  tomorrow from 10 a.m. to 5 p.m. at Navy Pier.  This is one of Chicago’s premiere events, bringing more than 100 of Chicagoland’s top disability-related service providers, product merchandisers, assistive technology suppliers and recreational exhibitors together under one roof. CTA and Pace will be on-site with buses, assisting riders with practicing boarding buses and using wheelchair securements, as well as educating participants about the many accessibility features of the region’s fixed-route system.

The event comes on the cusp of the 26th anniversary of the Americans with Disabilities Act. More than 50 million Americans benefit from this law, signed by President George H.W. Bush on July 26, 1990. The law guarantees equal opportunity for people with disabilities in public accommodations, commercial facilities, employment, transportation, state and local government service and communications. The RTA administers programs serving people with disabilities, including providing more than 550,000 permits for qualifying riders with disabilities and older adults.