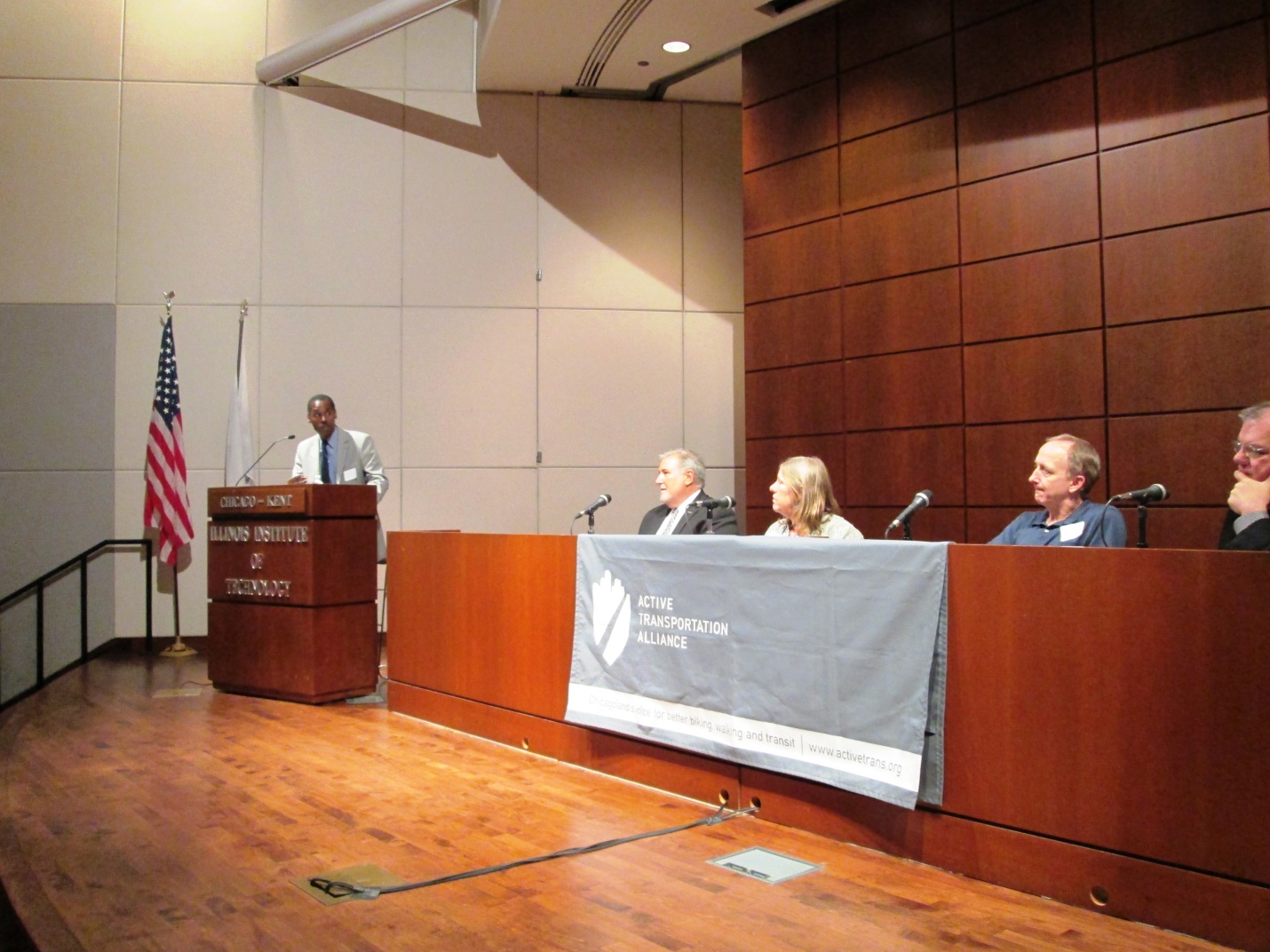 We at the RTA feel our regional public transportation system is the backbone of today’s evolving transportation eco-system. “Shared mobility” has become a key phrase in how transportation is discussed in cities like ours around the country.  Therefore, we are always interested in discussions about evolving technologies and changing transportation modes and how they will impact travel in the region.

The Active Transportation Alliance (Active Trans) recently held a panel discussion exploring the impact of autonomous (driverless) cars in metropolitan cities like Chicago. The discussion, moderated by RTA’s Kevin Stanciel who also serves as Active Trans’ board vice president, discussed the effects autonomous cars could have on car dependency, urban vitality and sustainable transportation, like walking, biking and public transit.

Proponents of driverless cars highlighted the convenience of these cars, saying they are safer than vehicles driven by drivers who often become distracted by talking on the phone, applying make-up, eating, drinking, or other similar activities. But others who spoke saw downsides, such as the fact that autonomous cars could actually increase the number of cars on the road and could perhaps cause a decrease in public transportation ridership.

It’s an interesting topic and one we’re all likely to hear more about in the coming months.  If you’ve not checked out Mary Wisniewski of the Chicago Tribune’s latest article, “Driverless cars could improve safety, but impact on jobs, transit questioned,” we encourage you to do so.