Several RTA staff members participated in this year's Transport Chicago conference at the University of Chicago at Illinois campus on June 10. The conference provides a great opportunity for the RTA to share our technical work with other transportation professionals in our region, and to learn about activities underway at other agencies. 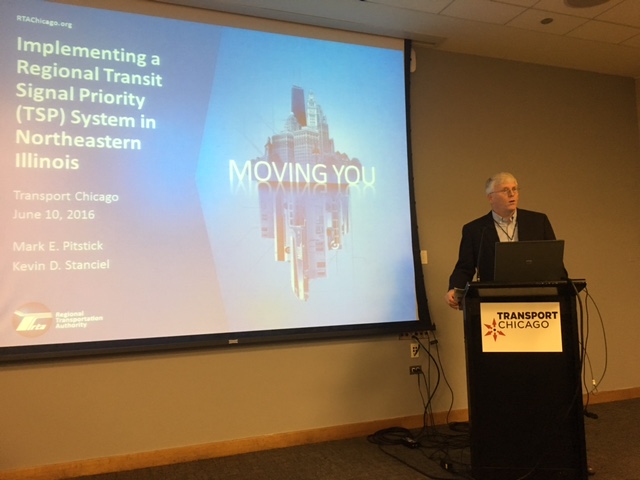 Mark Pitstick, RTA's Technical Advisor, discussed the implementation of a regional transit signal priority (TSP) system in Northeastern Illinois during the “Bus Soup” session. TSP uses a vehicle’s location and wireless technology to advance or extend green times at the traffic signal. So, when a bus equipped with TSP is running behind, it can request extra green time and move through an intersection instead of stopping. This reduces travel times and keeps buses—and the riders on them—on schedule! TSP is being piloted in the RTA region and the RTA allocated funding for the project. 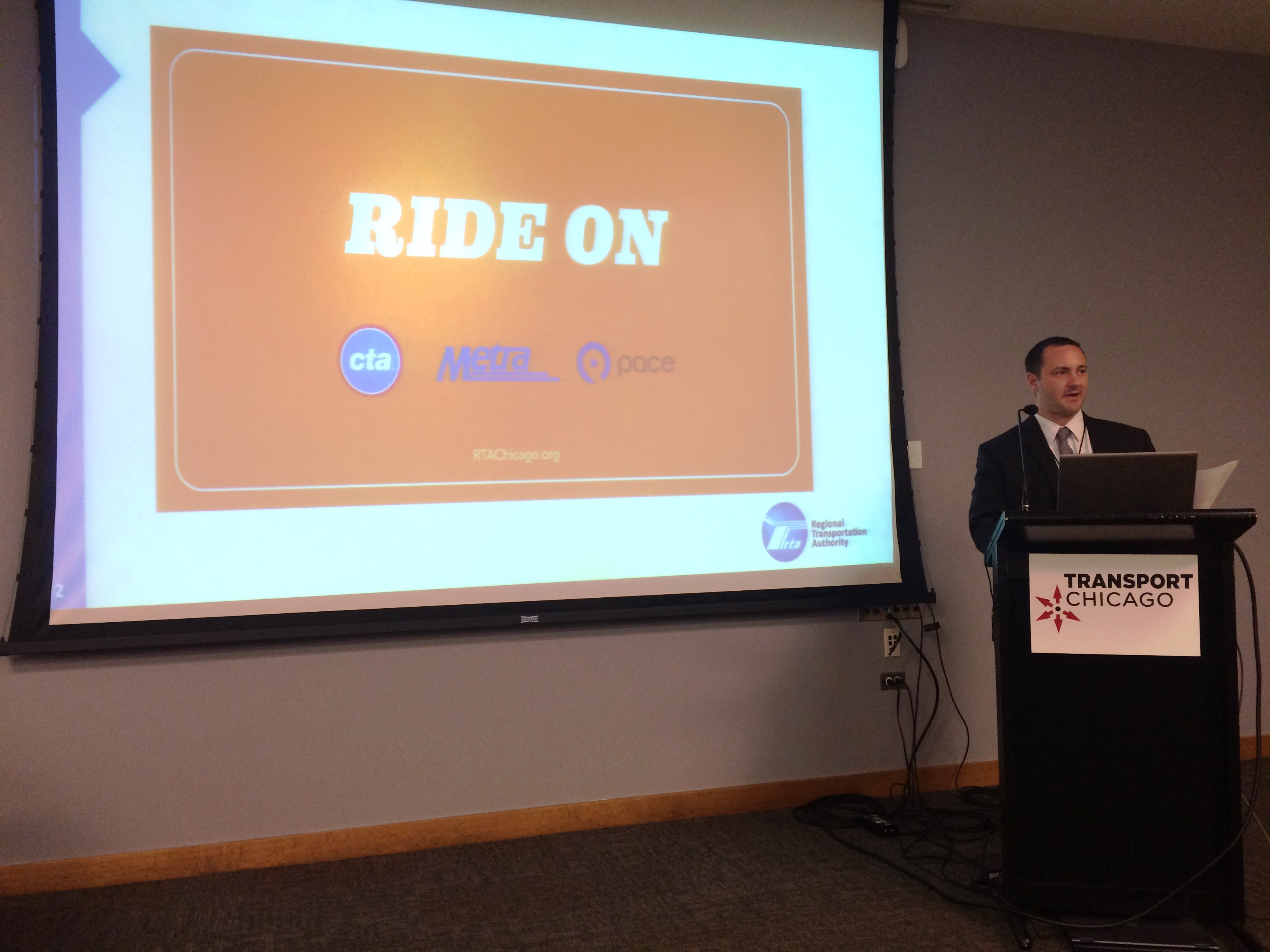 During the “What Does the Fox Say?” seminar, Mark Minor, RTA’s Manager of Regional Projects and Market Development, provided insight into transportation marketing. Minor discussed the development of the RTA’s award winning marketing campaign that uses humor to play off the realities of driving and parking in our region, such as the cost of parking and time lost in traffic jams! The campaign encourages first time and non-regular riders to use the region’s transit system. The Ride On. marketing campaign has won a Silver Telly Award, Publicity Club of Chicago Golden Trumpet Award and an American Public Transportation Association AdWheel Award. 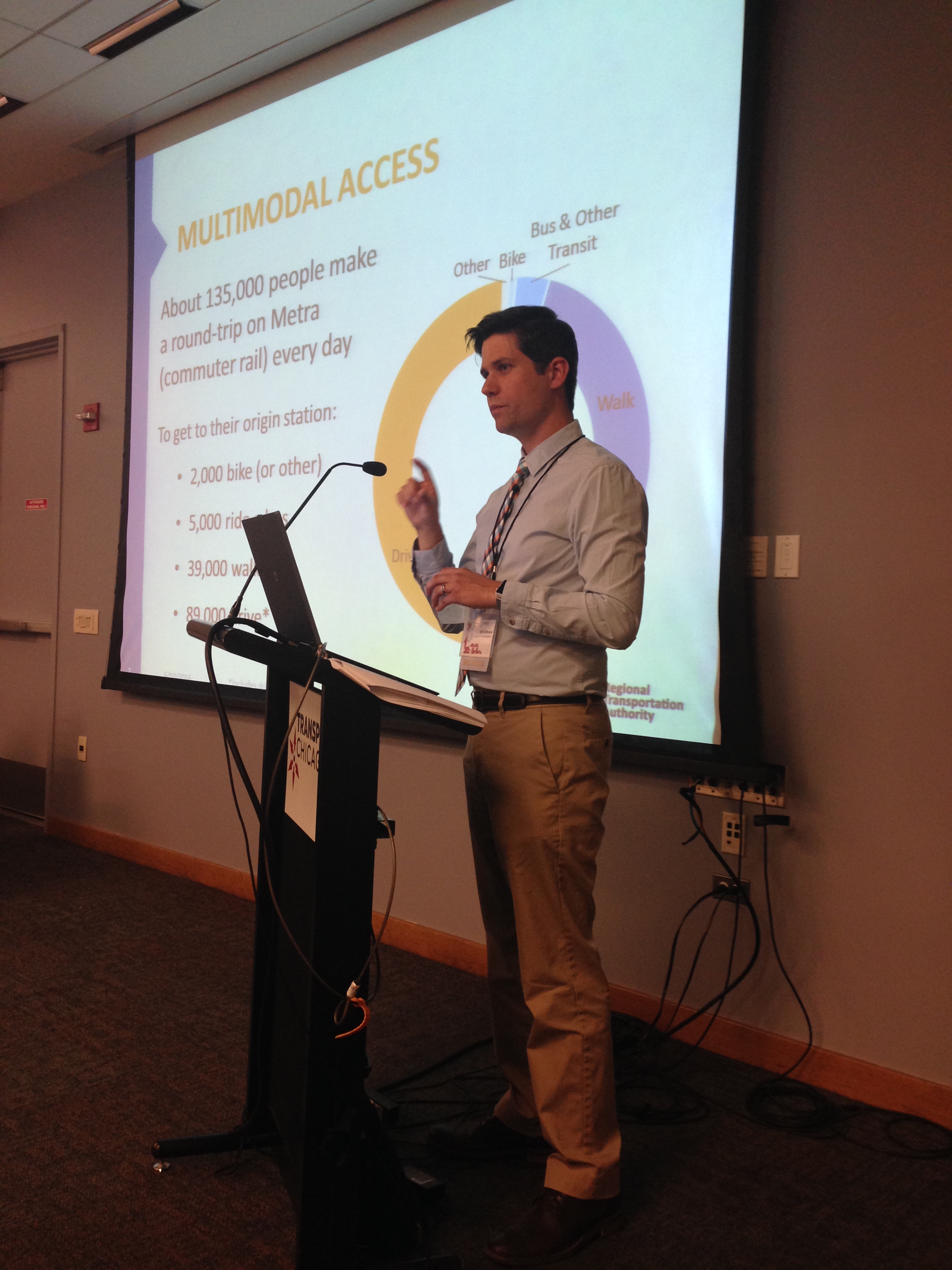 The RTA’s Will Gillespie, a Principal Analyst, was a panelist for the “I Like Big Data” session. Gillespie discussed how the RTA is using open data to develop a tool for strategic transit planning. The tool will help planners assess the transit system’s performance in connecting people to employment opportunities throughout the Chicago region.

We’d also like to recognize Brian Hacker, RTA Senior Planner, who moderated the Notorious T.O.D. (Track: Planning and Places) session that discussed how we can invest in infrastructure and set policies to create dynamic transportation systems that meet the public's need.
The RTA was proud to be a bronze sponsor at this year’s conference. Learn more about Transport Chicago by visiting www.transportchicago.org.