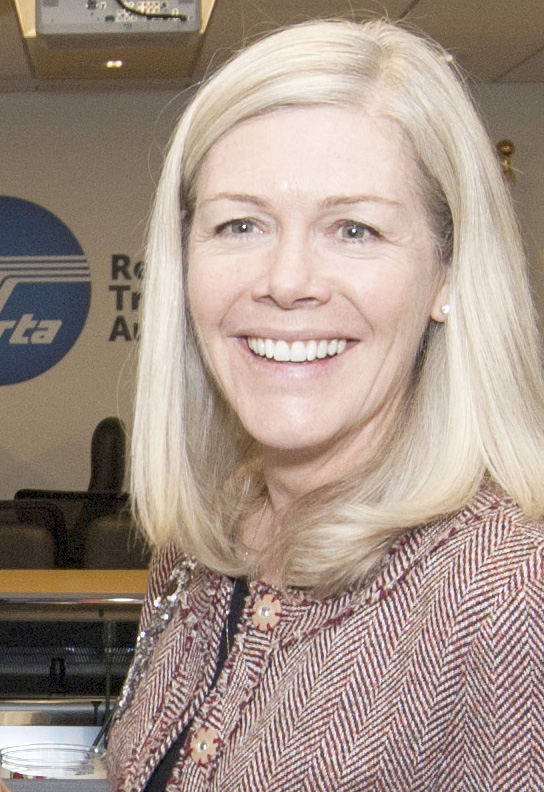 The RTA is proud to participate in Women’s History Month and to mark today as International Women’s Day (IWD) 2016.  As a woman and the Executive Director of the RTA, I certainly agree with the focus of IWD, in acknowledging that worldwide, women continue to contribute to social, economic, cultural and political achievement.

The international focus of IWD speaks to me personally, as I was born and raised in Sydney, Australia. I am the first member of my family to go to college and know first-hand the importance of education in allowing one to reach one’s full potential.  I came to the U.S. to earn my Master’s Degree in Urban and Regional Planning from the University of Illinois, Urbana-Champaign after earning my Bachelor’s Degree from the University of New South Wales.

The RTA has a proud history of women serving in its top post; I am the third female RTA executive director and today women make up more than half of my executive team.  I have been at the RTA for more than ten years, and have been the Executive Director a year and a half.  The hallmark of my time in this job is collaboration – not only with the CTA, Metra and Pace, but also with our transportation and planning partners such as CDOT, Amtrak, CMAP, MPC, the Illinois State Toll Highway Authority and more.  The purpose of this collaboration is to benefit you the rider with the best and most efficient public transportation service we can provide.

Later this month, I will join 13 other female leaders in transportation to accept the Conference of Minority Transportation Officials’ (COMTO) highest honor, the “Women Who Move the Nation Award.” COMTO is the nation’s only multi‐modal advocacy organization for minority professionals and businesses in the transportation industry. Special remarks will be given during the awards ceremony by U.S. Secretary of Transportation Anthony Foxx. This award, and so much of the success all hard working women enjoy today, was made possible by the women who came before us, who called for equality in and out of the work place. To all those women I say thank you and I know the women of today will continue to make you proud.