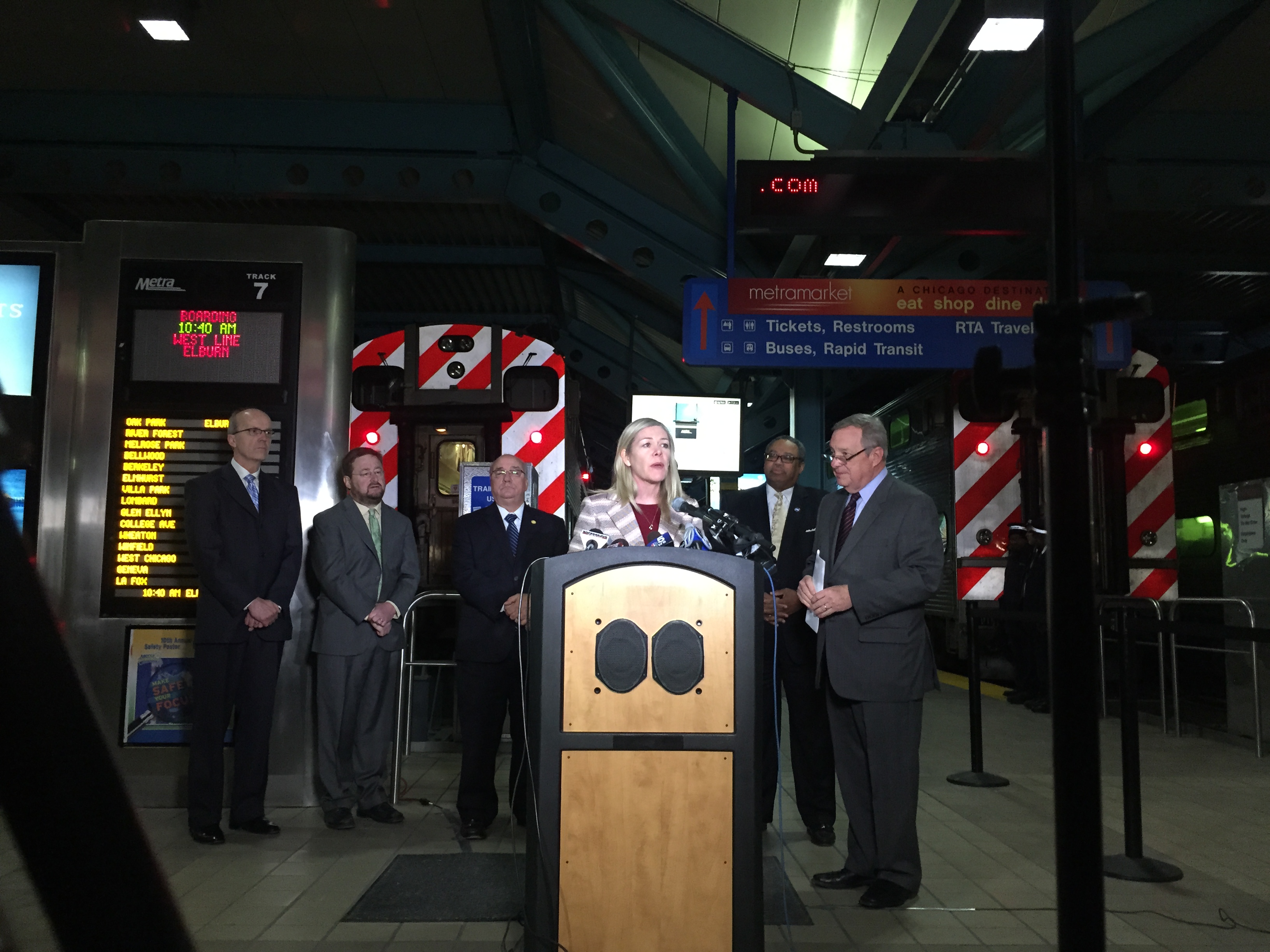 You may have read on this blog and elsewhere recently about the passage late last year of the Protecting Americans from Tax Hikes (PATH) Act, which restored parity between employer-provided public transportation benefits and parking benefits.   For a while, commuter tax benefits were greater for those who drove to work than those who took public transportation.

The RTA operates our own Transit Benefit Fare program as does the CTA.   Several other companies in our region also provide these services.

Our transit benefit program users can load pretax dollars on an RTA pre-paid Master Card or a Ventra card or a Pace vanpool account.  The RTA program serves more than 1,400 companies throughout the Chicago region and more than 22,000 employees.

Valence Health is a customer of the RTA transit benefit program and we were pleased that Mr. Sobkowiak spoke about the benefits of the new law and our program at this morning’s press conference.

As a daily Metra rider, I personally understand the importance of the increase in this benefit to riders.  In our region, the commuter tax benefit program applies to commuting costs on all the transit agencies:  CTA, Metra, Pace, South Shore, Amtrak, and Chicago Water Taxi.  As one example of the challenge regional commuters faced until parity was restored, only fares paid by travelers in Metra zones A and B could be fully paid in pre-tax dollars.   We estimate that now more than 155,000 Metra riders from zones C through M benefit from this reinstated transit parity.

A transit benefit program is a win-win for employees, who save money using pre-tax dollars paying for transit fares, and for employers who also receive tax benefits.  Please feel free to go to mytransitbenefit.com or contact the RTA at 312.913.3230 for more information.