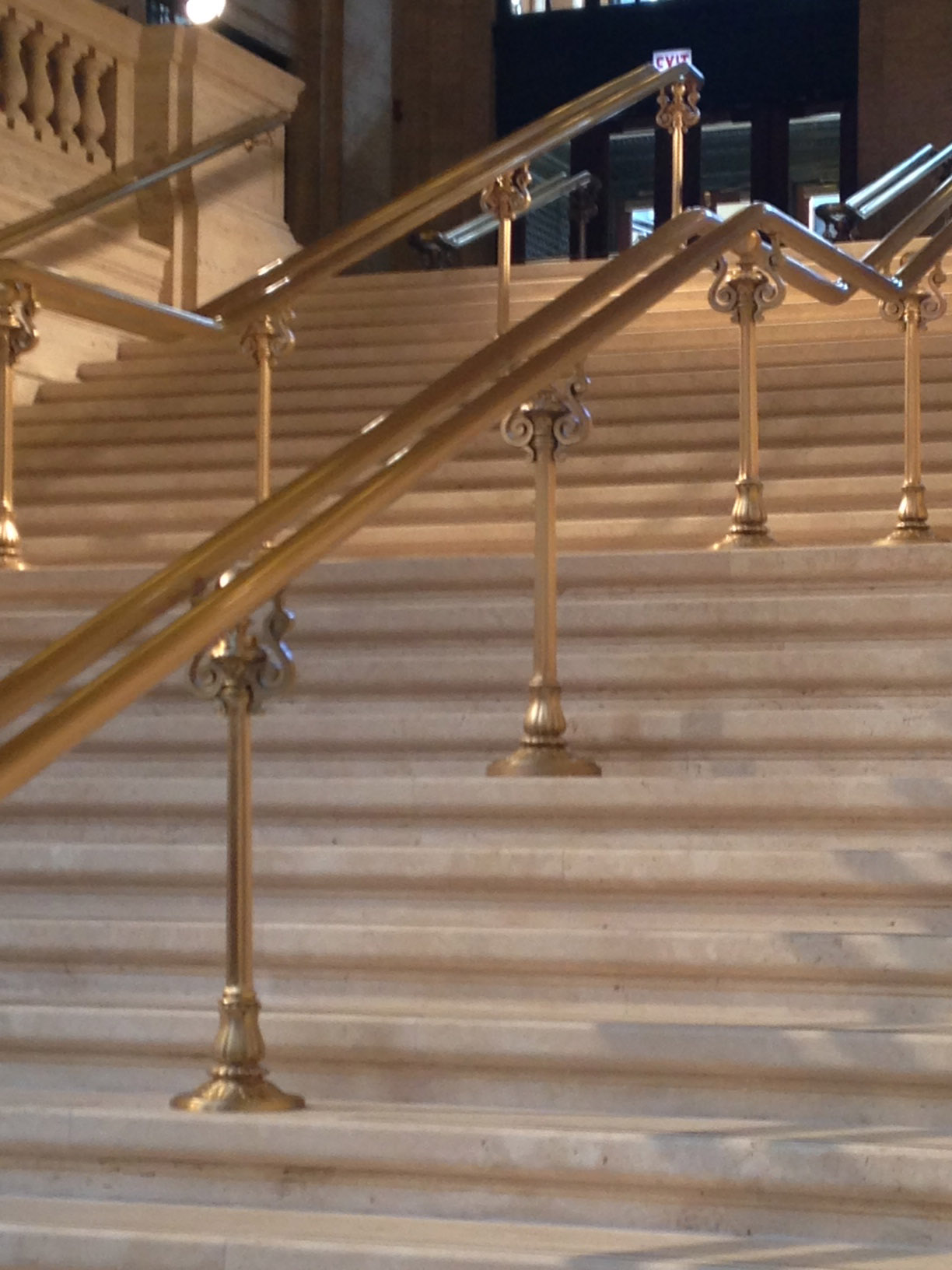 The newly renovated iconic staircase at Chicago's Union Station serves as a backdrop for the  the Master Plan Phase 1A process.[/caption]

We are proud to report that the Chicago City Council today passed an ordinance introduced by Mayor Rahm Emanuel that will advance the next phase of the Union Station Master Plan by authorizing an Intergovernmental Agreement (IGA) between the RTA, Chicago Department of Transportation, Metra, and Amtrak that will allow the City to support further design work for station improvements.

The Metra Board of Directors also voted unanimously today to spend $1 million on a study that will produce 30 percent design plans to improve Chicago Union Station. The project will be funded through a partnership between Metra, Amtrak, the City of Chicago and the Regional Transportation Authority (RTA).

The City is collaborating with Amtrak, Metra, RTA and other stakeholders on improvements that will upgrade passenger capacity by renovating and expanding the concourse and platforms and also address service, safety, accessibility, and mobility issues at and around the station.

The RTA Board passed a resolution supporting this work at its August 2015 board meeting, and will be contributing $1.5 million toward preliminary engineering of 13 projects slated to begin design this year.