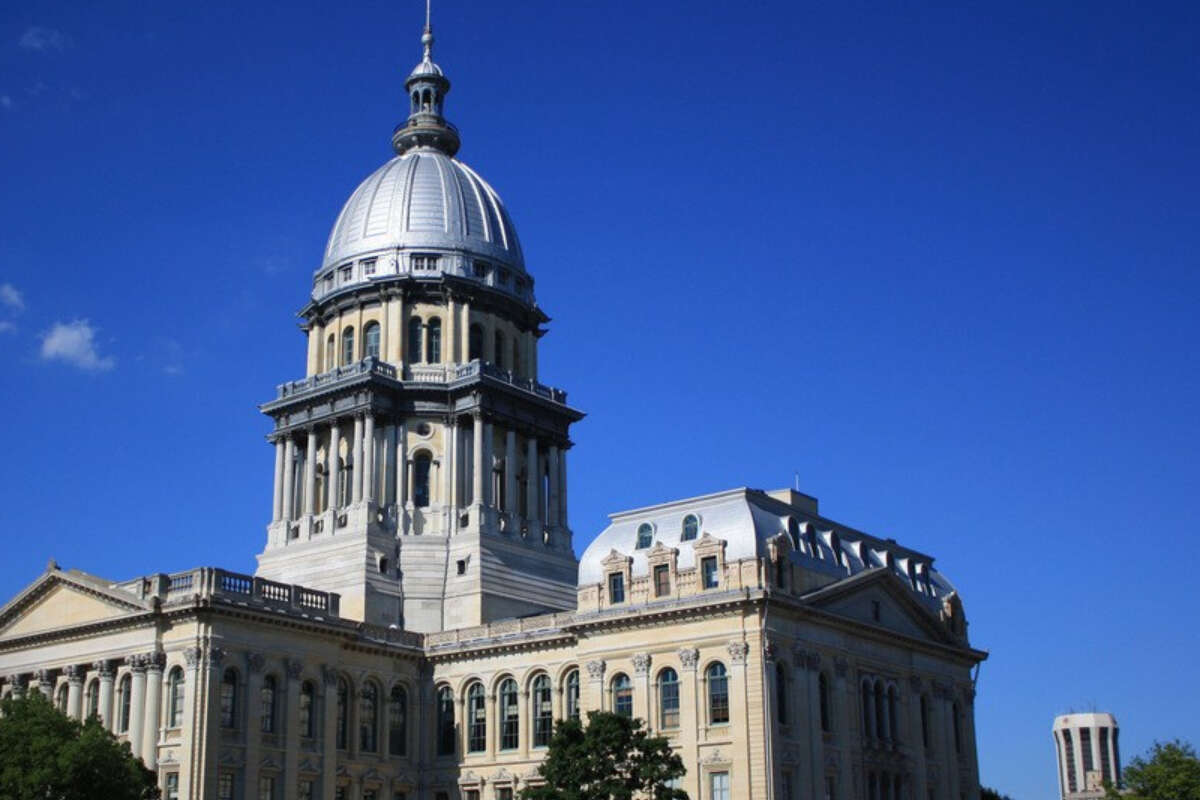 Today the Governor unveiled his annual budget proposal, and since public investment is on the top of everyone’s mind, it’s probably a good time to talk about the state of public transit’s finances.

As you may know, our regional system really is a PUBLIC transit system. Fares paid by riders make up about half of the system’s operating budget. The other half is from the sales tax we all pay on purchases in our region, along with a state match of a percentage of that sales tax. By law, fares and other revenue have to cover half of the cost of operating the system, so that our region is never overly-reliant on taxpayer dollars.

Last year, the Governor and the Illinois Legislature cut our regional transit operating funding in two ways. First, they reduced the amount of that sales tax match that the region receives by 10% (this was supposed to be only for one year). They then implemented a further cut by keeping 2% of the remaining sales tax as a “collection fee.”  That cut affects all local units of government who rely on sales tax for a large part of their budgets. Together, these two reductions took nearly $80 million of our public transit system’s 2017 and ‘18 budgets. Combined with an overall decline in sales tax and ridership declines that our peers are also seeing around the country, our region saw a funding cut of about $100 million last year alone.

Additionally, partly due to the fact that we haven’t had a state capital, or infrastructure bill, passed in Illinois since 2009, our regional transit system currently has a nearly $20 billion “state of good repair” backlog—meaning that’s what it would cost to replace and repair assets that are beyond their useful life. That’s without even factoring in our “going forward” needs.

To combat this funding issue, the RTA spent the past two years working with our regional partners as well as CTA, Metra and Pace to create Invest in Transit, the 2018-2023 Regional Transit Strategic Plan. This plan makes the case for transit investment needed in the region. We should be investing $2 to $3 billion in capital each year to keep our system in good shape and move forward with new innovations. However, we’re currently not even investing half of that each year.

A companion document, Invest in Transit Priority Projects, describes specific, tangible capital priorities for the transit agencies.  A portion of the funding required to advance some of these projects is included in the current Transit Agency capital programs, yet all are still underfunded or un-funded, with a regional need totaling $30 billion over the next ten years.

The agencies have filled some of the funding gaps with short term fixes and by working with local governments and agencies.


Even with efforts to develop creative local solutions and partnerships, the magnitude of need still outpaces the available funding. Capital funding has been unpredictable over the past ten years and has varied significantly by source, as shown in the following chart. 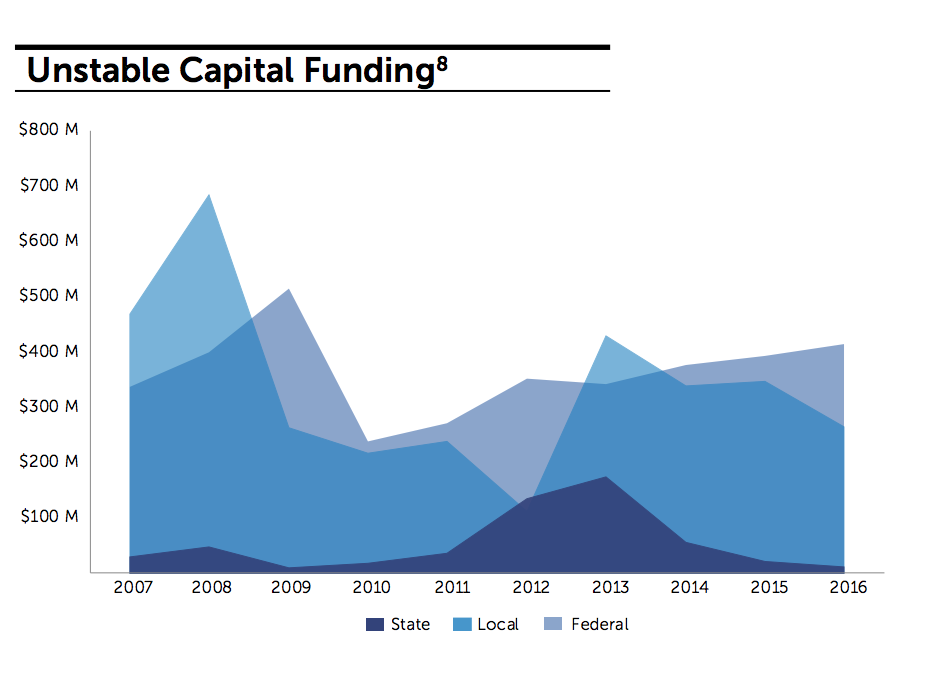 The time to act is now. If you’re with me, reach out to your State Representatives and State Senators and demand support for a capital funding for our public transportation system.