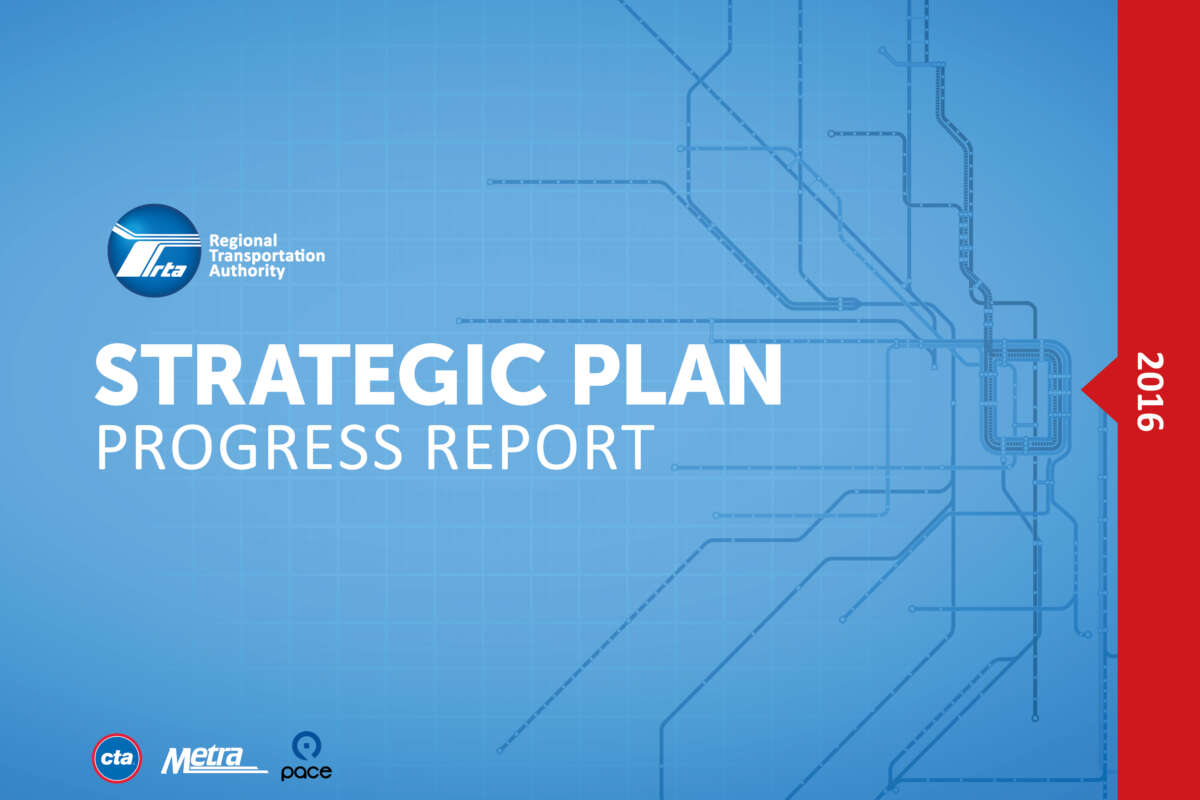 RTA Staff delivered the 2016 Strategic Plan Progress Report to the Planning and Administration Committee at yesterday's RTA Board meeting.  This report, presented by the RTA's Director of Planning and Market Development, Jessica Hector-Hsu, summarizes progress over the last year toward meeting the goals of the 2013-2018 Regional Transit Strategic Plan.  It highlights important strategic trends in regional transit and high-level needs for the future.  It also brings together many of the actions taken by the RTA and Service Boards (CTA, Metra, and Pace) to implement the shared Strategic Plan goals.

Four key metrics track progress toward achieving the Strategic Plan's goals: transit trips per resident, operating cost per passenger mile, transit mode share for work trips, and capital program expenditures.  The 2016 report shows that three of the four metrics are tracking better or even to the prior year thanks to the diligent efforts of the transit Service Boards.  While operating costs continue to rise, Chicago remains the national leader, having the lowest operating costs per passenger mile of any of its peers.

Many significant actions have been taken by the RTA and Service Boards over the past year to continue to achieve our shared vision and goals.  All three Service Boards have implemented service restructuring plans, enhancements, or expansions to boost ridership in core markets.  Much needed capital system investments are being planned and executed despite ongoing challenges funding such improvements.  And, customers are benefiting from the implementation of amenities that create a more enjoyable transit experience, such as Metra on-board WiFi, 4G wireless in CTA subways, and the Ventra app which allows loading of transit value for use on all three systems.

As the RTA continues to track progress toward achieving the goals set out in the current Plan, we are also looking forward to development of the next five-year Regional Transit Strategic Plan, to be adopted in 2018.  RTA staff, in partnership with the Service Boards and Chicago Metropolitan Agency for Planning (CMAP), is already conducting early research to create a foundation for engaging stakeholders, including the public.  Look for opportunities to participate in 2017!