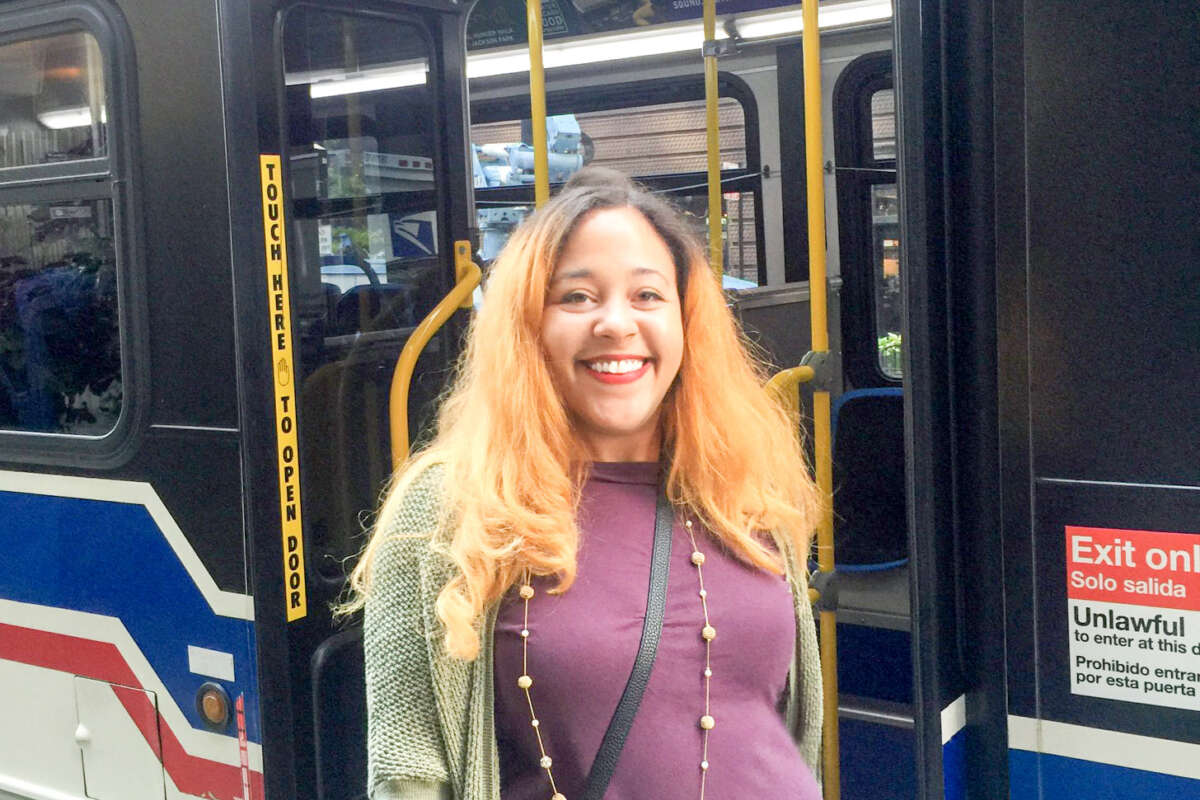 For the RTA's own Jasmine Jackson, every day is Car Free Day.

As Car Free day approaches on next Thursday, September 22, it’s gotten me to thinking back to the last time I owned a car, almost 5 years ago. It’s hard to believe I have been car-free for so long! This is especially true because I am from a small, rural town in South Carolina where no one I know really takes public transportation. Even in the next big city over, taking transit is still relatively unfamiliar and unappealing to people who have the option to drive. When I was growing up, there was a certain type of embarrassment and shame in not owning a car and everything was spread too far apart to walk.  If you didn’t own a car, you relied on other people to catch a ride. You did not take transit.

So, I owned a car, of course. A 1998 Ford Focus to be exact. “The Old Ball and Chain” I called her and she lived up to the name. She broke down on a consistent basis and was always in need of maintenance with a busted AC (imagine my summers in hot South Carolina weather). At one point I found myself stalled at a traffic light for 20 minutes before a Good Samaritan came to push us into the nearest gas station. Because I had just graduated college and was working part time as a server, that car took every penny I had, every chance she got. So when I decided to move to Chicago I had to leave my car and I felt relieved, like a burden had been lifted from me.

“How are you going to get around without a car?” my mom asked. “All people my age, also known as millennials, take public transportation in Chicago, mom,” I told her.

Once I arrived in Chicago, I took to taking public transportation like a fish to water. I quickly learned where the “L” went in the city and what buses I needed to get around. I felt a certain freedom when taking transit, believing I could go anywhere without the hassle of a car. I also realized that it cost me about the same to live in Chicago as it did in South Carolina, thanks to public transportation.   The cost of living is more here, but with the savings of not having car maintenance, insurance, gas or cleaning costs, I was able to actually save money by migrating to the Second City.

After living here for almost 5 years now, I still rely on transit as my main source of transportation. As the Visual Communications Coordinator at the RTA I find my job awarding because I am so passionate about public transportation in our region. Working at the RTA gives me the opportunity to advocate for our transit system. I believe in what I do (and ride) every day!  I ask you to celebrate Car Free Day with me on September 22 and Ride On.